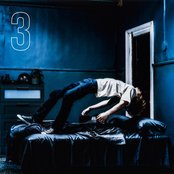 F*CK LOVE 3: OVER YOU is the third installment in The Kid LAROI’s F*CK LOVE series, which has seen his transition from hip-hop to pop and centered around his struggles with relationships.

The project’s lead single was originally scheduled to drop in February 2021 in “STILL CHOSE YOU.” The track was postponed indefinitely due to an uncleared sample, although it eventually saw a release alongside the EP.

In April 2021, LAROI’s then-manager Lil Bibby allegedly posted a text conversation screenshot to his Instagram Story which displayed a possible tracklist for the project, announcing it as part of the F*CK LOVE series. In addition to a number of already known tracks, it effectively announced the existence of the Miley Cyrus-assisted remix of LAROI’s hit November 2020 track, “WITHOUT YOU.” However, the track released in April and did not appear on F*CK LOVE 3: OVER YOU.

In a June 2021 Instagram post, LAROI confirmed the EP’s release for July. On July 1, 2021, LAROI announced that his Justin Bieber-assisted song, “STAY,” would release on July 9 as the project’s lead single.

Shortly after the release of “STAY,” LAROI revealed a partial tracklist with hidden features, announcing its release date of July 23. Days later, he revealed the complete tracklist. .