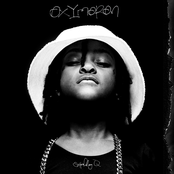 Oxymoron is the third studio album by American rapper ScHoolboy Q. It was released on February 25, 2014, through Top Dawg Entertainment and distributed by Interscope Records. Oxymoron was his first album released under a major record label to music retailers, whereas his previous albums were released independently to digital retailers only. Schoolboy Q enlisted collaborators such as Kendrick Lamar, 2 Chainz, ASAP Rocky, Jay Rock, Tyler, the Creator and Kurupt, among others. The album's production was handled by high-profile record producers such as Boi-1da, The Alchemist, Mike Will Made It, Clams Casino, Nez & Rio, DJ Dahi and Pharrell, as well as others, including members of Top Dawg Entertainment's in-house production teams Digi-Phonics and THC.

Oxymoron received generally positive reviews from critics, who praised its haunting production and Schoolboy Q's aggressive lyrics. The album was also a commercial success, debuting at number one on the US Billboard 200, selling 139,000 copies in its first week of release. It additionally peaked highly on the main album charts in Canada, New Zealand, Ireland, and the United Kingdom. The album received a nomination at the 2015 Grammy Awards for Best Rap Album.

The album was supported by four official singles: "Collard Greens", "Man of the Year", "Studio" and "Hell of a Night", as well as the promotional singles "Yay Yay" and "Break the Bank". To date, "Studio" is his highest-charting song as a lead artist peaking at number 38 on the US Billboard Hot 100 chart. Schoolboy Q also toured the United States and Europe on the Oxymoron World Tour, with Isaiah Rashad and Vince Staples. . 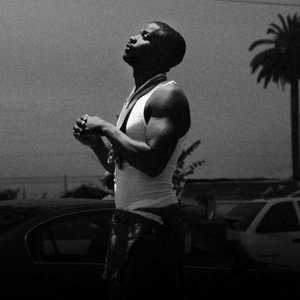