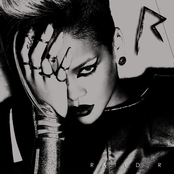 Rated R is the fourth studio album by Barbadian singer Rihanna. It was released on November 20, 2009 by Def Jam and SRP. Musically, the album represents a departure from her previous effort Good Girl Gone Bad (2007), which contained up-tempo and ballad-oriented songs. Conceived after Rihanna's assault by her then-boyfriend, singer Chris Brown, Rated R is primarily a pop, hip hop and R&B album; it features a foreboding and atmospheric tone in terms of musical and lyrical direction, and it incorporates elements of rock and dubstep. It also explores other genres, such as dancehall in "Rude Boy" and Latin-infusion in "Te Amo". Recording sessions for the album began in March 2009 and took place at recording studios throughout United States and Europe. Rihanna, together with Antonio "L.A." Reid and The Carter Administration, was the executive producer of the album and worked with various record producers, including Chase & Status, Stargate, The-Dream, Ne-Yo, and Brian Kennedy. The record featured several vocalists and instrumentalists, including Jeezy, will.i.am, Justin Timberlake and Slash, who played the guitars in "ROCKSTAR 101". .