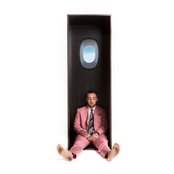 “Self Care” is Mac spreading a message about overcoming hardships, self control, and being aware of how to handle yourself.

When tweeting about their relationship, Ariana states that Mac’s “inability to keep his shit together” was a significant reason why the relationship broke down and “Self Care” could also be Mac’s way of trying to learn from that mistake.

In the music video that was released along with the single, Mac is buried in a pine box to symbolize how the media tried to assassinate his character. In the casket, Mac lights a cigarette despite having no source of oxygen, displaying that he is confident that he will overcome his obstacles and make it out. With his knife, he carves “memento mori” into the lid which translates to “remember that you have to die” and he punches through it to save himself, a symbol showing that he refuses to die any time soon. .