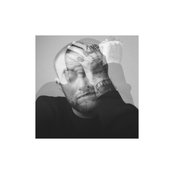 Circles is the sixth studio album by American recording artist Mac Miller. It was being worked on by Miller before his death in 2018, and was released posthumously on January 17, 2020, by Warner Records. Production was completed by Jon Brion.

Circles was supported by two singles: "Good News" and "Blue World". The album received widespread acclaim from critics and debuted at number three on the US Billboard 200, earning 164,000 album-equivalent units during its first week, making it Miller's biggest week for an album.

At the time of his death, Miller was "well into" the recording process of Circles. It was intended to be a companion album to "Swimming", with "two different styles complementing each other, completing a circle" and the concept being "swimming in circles". Brion, who worked with Miller on the album, completed production "based on his time and conversations" with Miller. "Swimming" and "Circles" were planned to be the first two instalments in a trilogy of albums, where the last piece would have been "a pure hip-hop record", as described by Brion.

Circles was announced by Miller's family via a note on his Instagram account on January 8, 2020. It was released by Warner Records on January 17, 2020.

The lead single, "Good News", was released on January 9, 2020, alongside an accompanying music video directed by Anthony Gaddis and Eric Tilford. The video features imagery of Miller in an abstract world with colorful animated landscapes. The remaining tracks on the album were also released with music videos of a similar style on January 17, 2020. "Good News" debuted at number 17 on US Billboard Hot 100, surpassing "Self Care" (2018; number 33) as his highest-charting song as lead artist. "Blue World" was sent to US rhythmic contemporary radio on February 4, 2020, as the album's second single. .