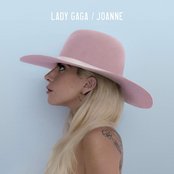 Joanne is the fifth studio album by American singer Lady Gaga. It was released on October 21, 2016, by Streamline and Interscope Records. Gaga collaborated with several producers on the album, including Mark Ronson, Jeff Bhasker, BloodPop and RedOne, and co-produced the majority of the material. The music of Joanne features "stripped-down" soft rock and dance-pop styles in order to emphasize the singer's vocal abilities. Lyrically, the album delves on the theme of family and life's emotions, with the death of her father's sister, Joanne Stefani Germanotta, having a deep influence on the record.

Commercially, Joanne became Gaga's fourth album to reach number one in the United States, and also topped the charts in Argentina, Brazil, Mexico and the international charts of Japan and Korea, while reaching the top ten in over 15 territories. In order to promote the record, two singles were released, "Perfect Illusion" and "Million Reasons". The first was released as the album's lead single on September 9, 2016, going number one in France and Spain, while the latter was released on November 8, 2016, and reached number four in the United States. The supporting Joanne World Tour started on August 1, 2017 at the Rogers Arena in Vancouver, Canada. .