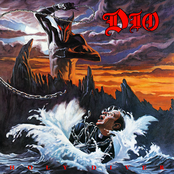 Holy Diver is American heavy metal band Dio's debut album. It was given rave reviews, and is considered a classic in the world of metal.


History
Released on May 25, 1983, it has been hailed by critics as Dio's best work and a classic staple in the heavy metal genre.The album was eventually certified Gold in the US on September 12, 1984 and Platinum on March 21, 1989. The original vinyl release had a photo-montage LP-liner.

The album was remastered and re-released by Rock Candy Records in 2005. The only notable addition to the original album is an audio interview with Ronnie James Dio. Tracks 10-19 on the 2005 edition are Dio's answers to various questions about the album. The questions are not posed during the interview itself, but can be found inside the CD's booklet instead. The B-sides to the singles, most of them live, remain generally unavailable on CD - some were included in a limited-edition Japanese CD box-set.

A video game, Holy Diver, was made and based on the album with Ronnie James Dio as the main character, wearing the same clothes as in the Holy Diver music video.


Album art
The cover was controversial, featuring a monster killing what appears to be a Catholic priest. Dio was quick to argue that appearances are misleading and it could just as easily be a priest killing a monster. If the Dio logo is held upside down it appears to read "Die", or a stylistically obscured "Devil." It could also mean the devil torturing the priest, but then the chain breaks and he plunges to the depths. It could also mean that priests sometimes get corrupted by evil.


Reviews
“ "Stand Up and Shout", "Holy Diver", "Don't Talk to Strangers", "Straight Through the Heart" and "Rainbow in the Dark" all bona fide rock classics. Masterminded by the voice of Dio, the music is a mixture of classy hard rock in "Gypsy" and "Caught in the Middle", supplemented with American-style metal with the likes of "Stand Up and Shout", "Straight Through the Heart" and "Shame on the Night", the colossal title track "Holy Diver", complete with an Iommi riff that the Master himself would dearly have loved to have written to the sublime intro of "Don't Talk to Strangers", climaxing in "Rainbow in the Dark". Yes, this is still a very good album and one that deserves to sit proudly in your collection.
“ "Dio struck gold once again by injecting catchy melodies into the classic metal riffery of his previous groups. Besides Dio's inspired songwriting, the album's consistency owes a lot to his carefully chosen bandmates, including veteran bassist Jimmy Bain and drummer Vinny Appice, and a phenomenal find in young guitarist Vivian Campbell, whose creativity and technique are quite astounding. The album opens in full-tilt metal mode with the frenetic "Stand Up and Shout", which segues into the epic title track, an album highlight thanks to its hypnotic, mid-paced riff. Dio himself plays keyboards on the hit single "Rainbow in the Dark," and the remaining cuts range from further stabs at pop-metal ("Gypsy," "Caught in the Middle") to blatant metal anthems ("Straight Through the Heart", "Invisible"). These two facets find a perfect balance on the excellent "Don't Talk to Strangers," arguably the album's high point.


Use in video games
This song is a playable song in Guitar Hero Encore: Rocks the 80s.
A Japanese video game was made based on this album for the Nintendo Famicom. The main character in the game appears to be Dio's character in the Holy Diver music video.
The title song is on the track list of the video game Grand Theft Auto: Vice City Stories

1) Stand Up and Shout

4) Caught in the Middle

6) Straight Through the Heart

8) Rainbow in the Dark

9) Shame on the Night 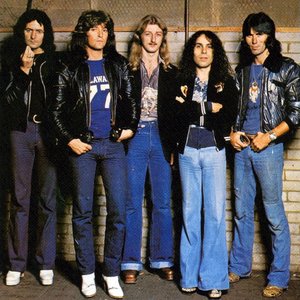 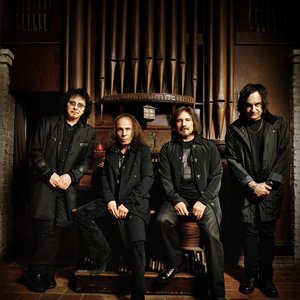 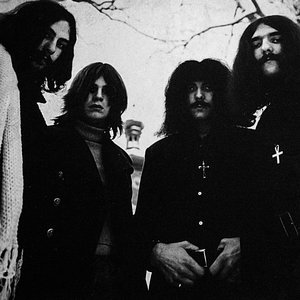 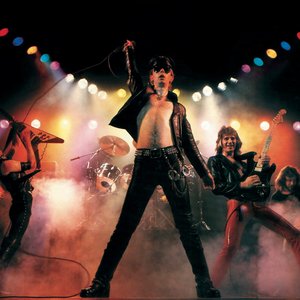