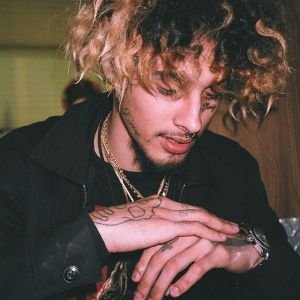 When Isaiah Rivera, better known as Wifisfuneral, was eight or nine years old he saw the “Mo Money Mo Problems” music video on TV and had a revelation. The young Isaiah looked at his mother and said: “This is what I want to do, like, for the rest of my life.”
His father, who wasn’t in his life, had been a freestyle battle rapper in the Bronx. “I used to be mad when he used to call my mom,” Wifi recalls, “cause we wouldn’t have shit to talk about.”
He wrote his first sixteen as a kid and rapped it to his father over the phone. “I tried to use it as a gateway to get closer to him,” Wifi says. “But it didn’t work.”
Fast forward a few years, Rivera and his mom relocated to Palm Beach, Florida. He chose the name Wifisfuneral after his DJ’s best friend committed suicide. The Wifi part represented his global ambition: “I want the music to be worldwide. I just want people everywhere to listen to it.”
After some close calls with drugs. ”I went to the emergency like four times in like a year,” he reveals. Wifi locked in on music, releasing his When Hell Falls project in late January.

Please don’t call him a “Soundcloud rapper.” Wifi finds the term disrespectful. “How the fuck you gon’ put me in this fuckin’ category?” Wifi asks. He has busted his ass for all the millions of plays he’s gotten and now he’s went really close to top 10 on iTunes charts.
The artists who inspired him to rap include MF Doom, Lil Wayne, and Eminem.