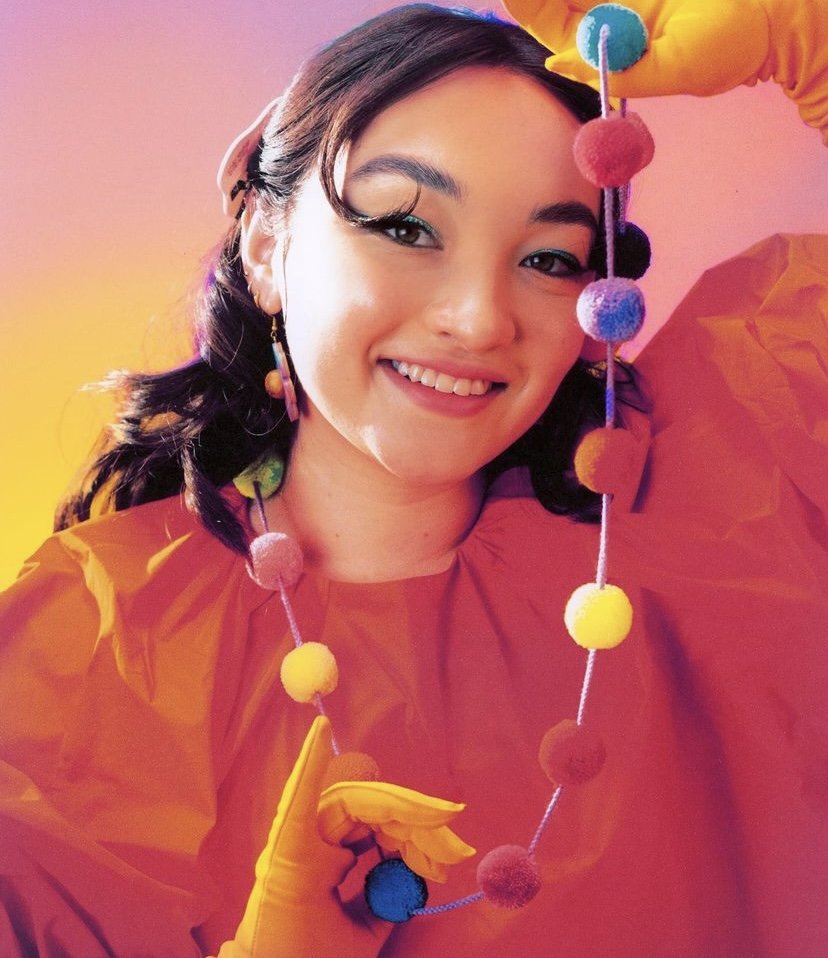 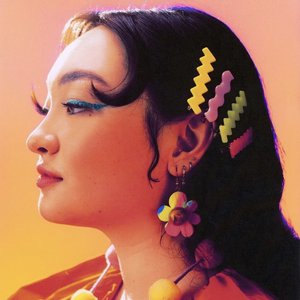 Maia (born July 9, 2000) known professionally as mxmtoon is an American singer-songwriter and social media personality from Oakland, California. She is known for singing and playing the ukulele. Her 2018 self-released EP, plum blossom, recorded on her laptop in her parents' guest bedroom, has been streamed over 100 million times. In 2019, she played sold out tours and her debut album the masquerade was released in September.

Recording with GarageBand in her parents' guest bedroom, creating percussion tracks with hair straighteners, Maia began self-releasing songs on YouTube as "mxmtoon" in 2017. After initially attempting to write comedy songs, she began writing songs that embodied her emotions such as "feelings are fatal", which only required a USB microphone and GarageBand. The song currently has over 23 million streams on Spotify. Her 2017 collaboration with Japanese lo-fi producer peachy!, "Falling for U", reached nearly 40 million streams on Spotify by June 2019. Maia began secretly releasing music to the public, but was later compelled to tell her friends and family after experiencing viral success online. In 2018, Maia released her debut EP, plum blossom, which was reviewed by Earmilk, i-D and Hypebeast, and gained more than 100 million streams on Spotify by August 2019. The EP's single "i feel like chet" is a tribute to one of her favorite jazz musicians, Chet Baker.

After high school, Maia took a "gap year" by postponing college to focus on her music. She was planning to study architecture after graduating high school, until her music went viral in April 2018. In November 2018, she announced her "plum blossom tour". Her first tour, initially scheduled for five US shows with fellow Californian singer-songwriter khai dreams in March 2019, sold out, and was extended to include additional concerts in North America and Europe, including opening appearances for bedroom pop YouTuber Cavetown in the United Kingdom. Maia made her first appearance on a billboard in Times Square when Spotify advertised her single "dream of you" for their New Music Friday playlist.

Prior to the release of the masquerade, Spotify announced the release of 21 Days, a music podcast that follows Maia while she works on the album in New York City. Liz Gateley of Spotify praised Maia's online following as well as her social presence, stating that "She obviously has lots of followers already, but that's not enough. The person had to be the right human too, and we felt she had both." The podcast is an eight-episode audio diary that includes interviews with family, friends and collaborators, including the album's producer Cavetown.

Maia's debut studio album the masquerade was released on September 17, 2019. The album peaked at 17 on the US Heatseekers Chart and at 45 on the US Indie Albums Chart. It features "prom dress", a "light and peachy tune" described as "relatable, infectious hook-led pop that speaks to millennials". The single is inspired by experiences from her own big night and deals with social anxiety and the problems that come with being a teen in modern society. The song has been streamed over 30 million times on Spotify, and has been used in 100,000 videos on TikTok. Maia's back catalogue of songs have also received tens of millions of online streams.

Joshua Bote of Paste described the ten-track album as "comforting twee-pop that wrings out genuine pathos from mxmtoon’s internet celebrity". Matt Yuyitung of Exclaim! wrote " brings her wry sense of humour and diary-entry lyricism to her debut record, recalling the lo-fi relatability of Frankie Cosmos."

Maia embarked on her sold out "the masquerade Tour" of North America and United Kingdom in September 2019. She released her first graphic novel "The Adventures Of Mxmtoon: The Masquerade" in October 2019. Kirsten Spruch from Billboard wrote, "The novel seamlessly pairs with the album, encapsulating her introverted, teenage tendencies and free-flowing creativity." Gabe Bergado from Teen Vogue described the book "a captivating, charming visual journey that complements the dreamy album." She released an accompanying animated short film for the graphic novel in November 2019.

In November 2019, Maia announced via Twitter that she would be joining American singer-songwriter Lauv for his 2020 summer tour of Asia supporting his album how i'm feeling.

On November 19, 2019, Kobalt Music Group announced that they would be signing mxmtoon to their label under a global publishing deal. This deal will include administration and creative support for current music catalogue and future works. Creative Vice-President at Kobalt, Melissa Emert-Hutner, stated "Maia is truly the voice of her generation; by sharing her beautiful, heartfelt music with the world and growing her brand organically, she exemplifies the DIY spirit and aesthetic that Kobalt embraces." Emily Bines, a senior creative director at Kobalt added "Mxmtoon is exactly the type of forward-thinking creative that we dream about working with at Kobalt. Her vision, matched with her team’s passion to bring it to fruition is unwavering. We will be hearing from Maia for a long time to come."

Maia released the masquerade (the edits) on November 22, 2019. The EP features remixes from songs on the masquerade from names like Chloe Lilac, Alexander 23 and Chloe Moriondo. In November 2019, Dork put Maia on their Hype List of 2020, alongside names like girl in red, Beabadoobee and Maisie Peters.

In December 2019, Maia re-recorded the song "prom dress" in Simlish, the fictional language used in The Sims games, to help promotion. The Simlish version was added to The Sims 4 on December 12, 2019. Maia reacted on Twitter with "countless hours of playing the sims has helped me become fluent in simlish… and guess what?? prom dress was just added to #thesims4 today!" A week later Maia released the music video for "unspoken words", which revolves around her Chinese-American upbringing as well as her relationship with her Chinese grandmother.