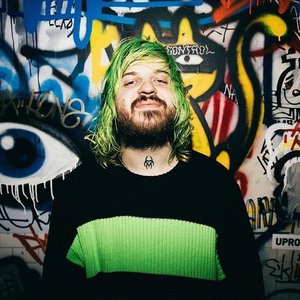 He was born in Frankfort and later lived in Ohio until 2005 when he moved back to Goshen Indiana with his family. His father is a financial advisor and his mother is a college professor. His older brother Kora was a major musical influence. Kora plays in bands like Sheer Mag, Bugg and Narrow Head.

Aaron is one third of the alternative/emo rap group BOYFRIENDZ and has written songs for Selena Gomez, Lizzo, Louis the Child, Big Boi, Jeremih, Liam Payne and Kiiara, along with many others.