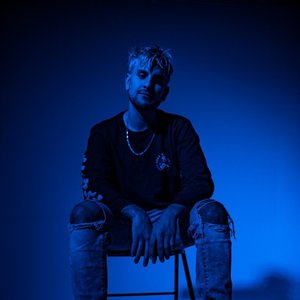 Born in Boston and raised in the Bay Area, ill Nicky left home at a young age to pursue his musical endeavors. Upon settling in San Diego, Nicky formed a music collective and lifestyle brand called "The I Love Life Movement" most commonly referred to as "The ill Movement."

Persistent dedication has helped Nicky create a great deal of momentum as he has taken his talents all across the nation, performing along-side some of the biggest artists in the industry, and achieving all of this independently.
At the end of 2018, Nicky expanded his indie label to Los Angeles, CA. With new partnerships, he began writing numerous songs for major artists as well as landing sync placements on major networks. In February 2019, alongside Team Bassy, Nicky and The ill Movement officially opened the doors to their recording studio. It is becoming a launch pad for Nicky and his team, building their boutique music label as an undeniable compeittor in the industry.
From Nicky's impressively veteran performance skills to his ability to genre bend, its no wonder he is earning the eyes and ears of the industry as well as the hearts of a very loyal fan-base.

ill Nicky announced the release of his next project titled "Internet Friends." Featuring Youtube standout producer, River Beats, this highly anticipated collaboration is sure to resonate with fans everywhere.