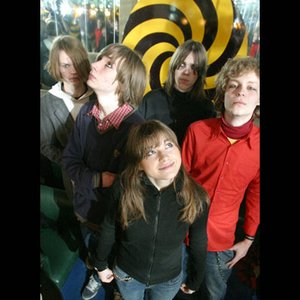 Depoo, born in the autumn of 2002, is an estonian rock band. It's music is defined in several completely different ways, be it alternative rock, metal or about whatever else. Elements from punk, jazz or trip-hop, for example, sum up in a mix of music with no boundaries. Instead of defining it's genre and path and trying to follow it, Depoo focuses on emotions and energy that can't be experienced every day.

The band has five members. Ivar Kaine with his distinctive style on drums, Kaspar Ehlvest on bass, Timmo Linnas and Paul Lepasson on guitars and finally, Kene Vernik's unique vocals are the cherry on top. Kene was also one of the 10 finalists in MTV Estonia VJ contest.

In years, the band has found many devoted fans, so it has been described as "the golden calf of estonian indie". Their debut album "Amazing!" (2006) disappeared from the music stores in magical speed. All major newspapers in Estonia have published reviews on "Amazing!" and interviews with Depoo, there have also been numerous performances in radio and television, live experience is over 50 full concerts.

The immediate future brings a break from live performances for the band, to work on the new ideas that have been building up lately. They hope to return soon with new material and a renewed image.