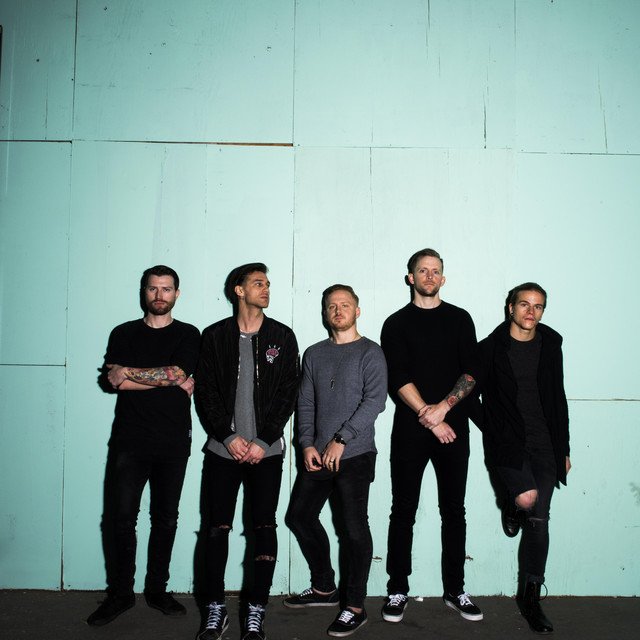 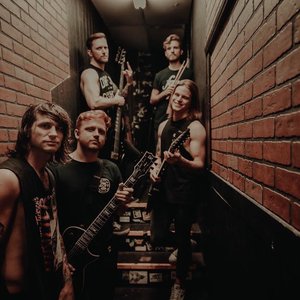 Blessthefall is a post-hardcore/metalcore band from Phoenix, Arizona, United States. In the two-year span since blessthefall’s album His Last Walk was released, the band has undergone some internal repairs that could have sunk any other band on the rise. Not so for the Phoenix five-piece, who’ve learned that a kink in the gears isn’t enough to stop a band this strong for good.

Formed in 2004 by a group of higher-thinking high-schoolers who wanted their peers to find meaning and camaraderie in their music, Blessthefall was intent on making their metalcore blend a different breed that people would remember. After several gigs in the area, more than just the locals began to notice. Later, after a 3-song EP made the rounds at shows and landed in label hands, this buzzy and burgeoning band were signed to Warner subsidiary Science Records and making their first full-length.

“Everyone has their first shows that consist of just the bands, and your parents, if you’re lucky,” reflects guitarist Eric Lambert. “Things picked up rather quickly, though. We started selling out hometown shows, then started touring, and, oddly enough, we had fans outside of Arizona. It was small shows, but the fans we met are still coming to every show and are the best people ever.”

Armed with a defiant upcoming record and a new frontman, blessthefall have returned to the scene a stronger entity than ever before. Witness, the band’s sophomore album and first with singer Beau Bokan, formerly of Take the Crown, will be released from new label Fearless Records, who signed the band in May. Bokan says this album reflects the positive energy that now enfolds the band. “We wrote this album to show people we aren't the kind of band to lay down and give up,” notes Bokan. “We're here and won't be going anywhere for a long, long time.”

Those fans will undoubtedly be out in droves to obtain Witness, a forward-thinking record that boasts bigger choruses, heavier guitars and, essentially, Bokan adds, “His Last Walk on steroids. It has all the same elements that got us where we are today.” Recorded earlier this summer with Elvis Baskette (Incubus, Escape The Fate, Story Of The Year) in Virginia, blessthefall took their collective struggles to the forefront to produce a highly personal and evolved album - and bombastic live show - that shows the band back is with vengeance.

“With all the bands in the scene it’s hard to stand out,” says Bokan. “Anyone can go into a studio and make an over produced album that sounds amazing, but if they can't pull it off live it means nothing. We pride ourselves on our live show, and we want people to walk away from our live show and be blown away. We leave our hearts on the stage every night. The greatest compliment to ever get is when someone says we sound better live than on CD.”

For these Taste of Chaos veterans and current road warriors, they’re anxious to take their performance chops to the road for "Witness". While trying to win over new fans while appeasing the old may be a difficult task for some bands, blessthefall accept it eagerly as a challenge that they’ll work toward with this record and its following tours. “There is a lot more drive now that Beau is in the band,” Lambert said. “We know we have a lot to prove and we are all hungry for it.”

"Witness" was released by Fearless Records on October 6th, 2009.

On February 15, 2011, the band announced that Mike Frisby left the band to pursue another path. Elliott Gruenberg, formerly of Legacy, will be permanently on guitar. Bokan confirmed that Blessthefall would not play at Warped Tour 2011, but rather would be recording their third full length album, which began in Orlando, Florida on May 17, 2011. Michael "Elvis" Baskette, who produced their previous album, also produced this effort. The band had hoped to feature guest vocalists including Ronnie Radke of Falling in Reverse, and Tim Lambesis of As I Lay Dying, but it was later confirmed that there would be no guest vocals.

Blessthefall joined Emmure, Alesana, Motionless in White and other bands on the All Stars Tour. The band headlined the Fearless Friends tour with The Word Alive, Motionless in White, Tonight Alive, and Chunk! No Captain Chunk!. They released the official video of "Promised Ones" on November 11, 2011, which starts with the intro song of the album titled Awakening. According to a video interview with Lambert and Bokan, Blessthefall plans on entering the studio in February to record an EP with Tim Lambesis of As I Lay Dying. Later it was confirmed by Matt Traynor that it's not true. Due to time restraints they had to put off the recording of the EP until after Vans Warped Tour. Plans for this EP have since been scrapped according to guitarist, Eric Lambert in an interview with Bryan Stars.

On October 4, 2012, the band confirmed that they were writing a fourth album. Recording of the next album started on April 19, 2013 and then finished on May 21, 2013. "Hollow Bodies" was subsequently released on August 20, 2013, reaching No. 15 on the Billboard 200 album charts with 21,888 copies sold in its first week. The entire album was actually streamed through Billboard's website one week before the actual release. Joey Sturgis produced the album.

Three singles so far have been released including "You Wear a Crown, But You're No King", "Déjà Vu" and "See You On the Outside".