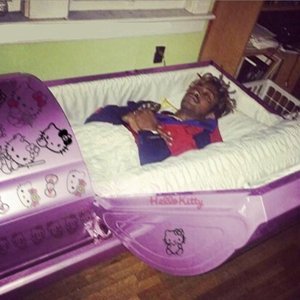 Jazz Ishmael Butler (born October 3, 1995), known professionally as Lil Tracy or simply Tracy, is an American rapper, singer and songwriter. He is best known for his collaborations with the late rapper Lil Peep.

Butler started to make music when he was 15 before moving to Los Angeles, California (without alerting his parents) to focus more on his music career and due to being homeless. Butler originally started rapping under the name "Yung Bruh", releasing several mixtapes under the Thraxxhouse collective. Butler eventually joined the collective Gothboiclique. Through the group, Butler met New York rapper Lil Peep, the two quickly collaborated on the song "White Tee" from his Crybaby mixtape which gathered attention through the hip-hop underground. He also released a single "Overdose" which sprouted his career even bigger.