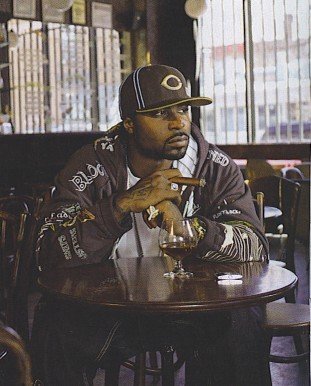 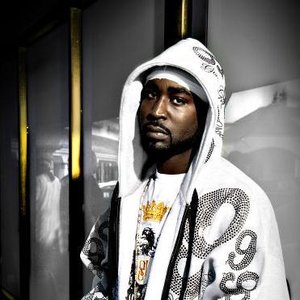 David Darnell Brown (born March 15, 1981), better known by his stage name Young Buck, is an American rapper who is signed to G-Unit Records and His own Record label, Cashville Records. Buck is a former member of the New York City-based hip hop group G-Unit.

Around the age of twelve, Buck started to rap, and began recording in a studio at fourteen. This was shortly followed by an opportunity to perform for Brian "Baby" Williams, co-founder of Cash Money Records. Williams was impressed and signed Buck, who then dropped out of high school to tour with the label for four years.

After several years on and off of Cash Money Records, Buck and fellow rapper Juvenile decided to leave the label for good and went to UTP Records. This deal later led to a meeting with New York rapper 50 Cent who later signed Buck to G-Unit Records.

50 Cent gave Young Buck a feature on his commercially successful debut album Get Rich or Die Tryin' on the track "Blood Hound". After this, he appeared on G-Unit's debut album, Beg for Mercy, which certified 2x Platinum. Young Buck then released his debut album, Straight Outta Cashville, in 2004, with its follow-up, Buck the World being released in 2007.

On April 7, 2008 in an interview with Miss Jones on New York's Hot 97, 50 Cent stated that Young Buck was no longer a member of the group G-Unit but was still signed to G-Unit Records.

After Young Buck was dismissed from the group, he began to slander the name "G-Unit" in numerous different ways. He released numerous tracks attacking not only the group, but their associates and, more specifically, group leader 50 Cent. 50 Cent and G-Unit also responded with many tracks, including one particular instance in which 50 Cent released a phone call he had recorded with Young Buck, which featured the Tennessee native weeping and apologizing for numerous things. After this happened, Young Buck responded, stating the call was a fake, happened one year prior to its release, and claimed that only police record phone calls.

After a lengthy battle between Young Buck and his former G-Unit comrades, the feud seemed to settle down, with Young Buck stating that he owed one more album for G-Unit Records which would be released in 2009, then titled The Rehab. In other interviews, he's stated that he doesn't have a problem with 50 Cent or G-Unit anymore, but is currently doing his "own thing". He also stated that although he's still signed to G-Unit Records, he's trying to get out of the contract, and he's no longer signed to Interscope.

In 2006, Young Buck began preparation on creating a record label named "G-Unit South". After Interscope was not to be the distributing label, he could not use the "G-Unit" name, which is when he decided upon using the name "Cashville".

After numerous artists were signed, including Outlawz and C-Bo, a deal was secured with RED Distribution. In 2009, after he was dismissed from the G-Unit group, Young Buck began putting more effort into his label stating that even without a major label deal, he will still be relevant in the music industry.