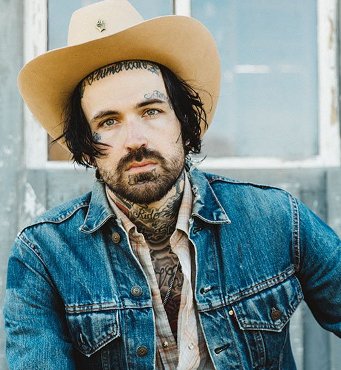 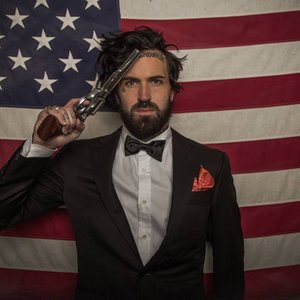 Michael Wayne Atha (born December 30, 1979), better known by his stage name Yelawolf, is an American rapper. He is currently signed to Shady Records, Ghet-O-Vision Entertainment and Interscope Records. He is co-managed by Redd Klay Entertainment along with his personal manager Jeremy "J Dot" Jones.

Raised in Gadsden, Alabama, Atha appeared on the reality series The Road to Stardom with Missy Elliott and released his independent debut album Creek Water in 2005. Two years later, Atha signed to Columbia Records and released the single "Kickin'" from his unreleased first studio album, before being released from the label later that same year. From 2008 to 2010, Atha released an extended play and four mixtapes with Ghet-O-Vision Entertainment. Trunk Muzik 0-60, Atha's fourth mixtape, was also released by Interscope Records. In 2011, Atha signed to Shady Records and his debut studio album Radioactive was released on November 21, 2011 to positive reviews. It entered the Billboard 200 at number 27. He spent much of his childhood in various locations around the southern United States, including Baton Rouge, Louisiana, Atlanta, Georgia, and Antioch, Tennessee.

Atha is half white and Cherokee, and the name Yelawolf is a reference to his Native American roots.

Yelawolf is an avid skateboarder and made attempts at a professional skateboarding career but was forced to abandon due to injuries. Yelawolf began releasing mixtapes independently in 2007. He was briefly signed to Columbia Records in 2007 and left the label the same year.

In 2009, Yelawolf was featured on the Slim Thug album Boss of All Bosses, and in the lead single Mixin' Up the Medicine from Juelz Santana's upcoming album Born to Lose, Built to Win. In 2010 he appeared in the track Down This Road from Bizarre's third studio album Friday Night at St. Andrews, in Big Boi's first solo album Sir Lucious Left Foot: The Son of Chico Dusty track "You Ain't No DJ" which was produced by André 3000, and his most recent appareance is in Paul Wall's fifth studio album Heart of a Champion track "Live It" which also features Jay Electronica and Raekwon, produced by Travis Barker. In 2010, Atha confirmed he has signed with Interscope Records, he announced that he is working in his debut studio album with the label, and has a desire to work with Eminem.

In 2011 Yelawolf revealed that he went to visit Eminem in Detroit, Michigan and has subsequently been signed to Shady Records.