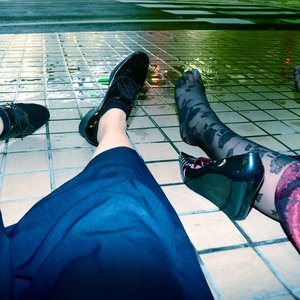 Xinlisupreme (シンリシュープリーム) are a Japanese rock group from Kumamoto, Japan formed in 2001. They are driven by urgent, tightly-controlled electro beats and swathed in massive layers of caustic guitar feedback.

Their first MP3 album, Neinfuturer, was released free of charge on their official website (www.xinlisupreme.com) in 2005 and new songs were added in summer 2007. Andrew Weatherall wrote a short story about the band called, "The Xinli Incident," comparing their impact on the current IDM-based scene to that of punk’s assault on prog rock.

Xinlisupreme’s first release was the 7” single, "All You Need Is Love Was Not True," in December 2001. Their debut album, "Tomorrow Never Comes", was released on early 2002. "Murder License EP" was released in October 2002.

In 2012 after years of silence they released their first proper EP in 10 years on Virgin Babylon records. The Four Bombs EP is a rabid continuation of the aural assault Xinlisupreme is known for.