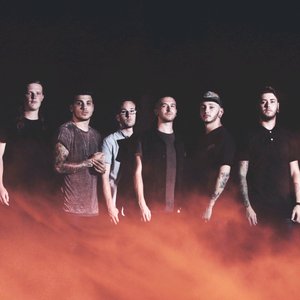 Woe, Is Me is a post-hardcore/metalcore band formed in Atlanta, Georgia, United States in 2009. The band is currently signed to Rise Records and its subsidiary, Velocity Records. Their debut full-length album, Numbers, was released on August 31, 2010 and charted at #16 on Billboard's Top Heatseekers. Since then, they released an album (Genesis) and an EP (American Dream) before their breakup in late 2013.

The band recorded a three-song demo with producer Cameron Mizell containing the songs "Hell, or High Water," "I.," and "If Not, for Ourselves," which were uploaded to their MySpace profile. They also recorded and released a cover of "TiK ToK." The Artery Foundation took notice and Rise/Velocity Records signed the band before they even played their first show. They recorded their album during the same month that they were signed.

The band's first tour was on the Pyknic pArtery Tour in the summer of 2010, headlined by Drop Dead, Gorgeous and shared with From First to Last, Attila, Sleeping With Sirens, Abandon All Ships, For All Those Sleeping, and Scarlett O'Hara.

Tyler Carter's soul-influenced clean vocals has garnered him comparisons to Jonny Craig, who also provided guest vocals on their album. The band went on a Canadian tour supporting Abandon All Ships in October of 2010 as well as the Average Guys With Exceptional Hair Tour across America, presented by MerchNow.com, in November with A Skylit Drive, Motionless in White, Scarlett O'Hara, and For All Those Sleeping.

The band released their debut music video for " Delinquents" in December. By the end of December 2010, lead guitarist Tim Sherrill left Woe, Is Me. Geoffrey Higgins took up the position officially in March 2011.

The band released a new single "Fame > Demise" on March 21, 2011 through the iTunes store. The song is the last one to feature Sherrill on lead guitar. Tyler Carter has stated that the song will not be on the band's upcoming second album.

In late June 2011, Higgins left the band and they were forced to play their first Warped Tour performances with only Kevin Hanson's rhythm guitar while lead guitars were back-tracked for the time being. Weeks afterward, Andrew Paiano, formerly of Abandon All Ships, joined Woe, Is Me to play lead guitar.

On August 10, 2011, it was announced excluslvely through Alternative Press that Tyler Carter would be leaving Woe, Is Me. His statement can be read here on AltPress.com.

On September 15, 2011, Woe, is me announced their new vocalist, Hance Alligood, formerly of Oh, Manhattan.

Ben Ferris, Michael Bohn and Cory Ferris have left Woe, Is Me in March 2012.

Woe, Is Me announced they were parting ways with Austin Thornton in March 2013, leaving Kevin Hanson as the only remaining member from the original lineup.

November 18th 2013 WIM announced about their breaking up.

In 2022 Woe, Is Me have started back up with the original line-up except for Tim Sherrill on lead guitar and Tyler Carter on vocals. Hance Alligood is on vocals instead and Andrew Paiano on guitar.