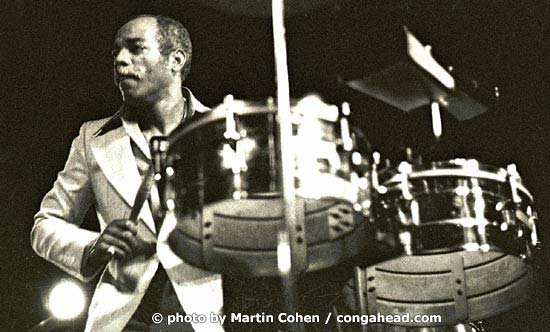 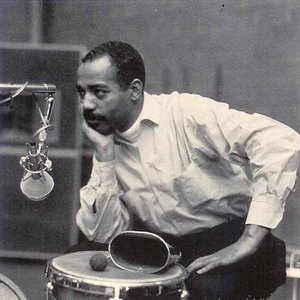 Willie Bobo was the stage name of William Correa (February 28, 1934 – September 15, 1983), a Latin and jazz percussionist of Puerto Rican ancestry.
His youngest son, Eric Bobo (Eric Correa), is a percussionist with crew Cypress Hill. He also performed on the Beastie Boys' 1994 album Ill Communication, as well as doing the 1994 Lollapalooza tour with the group

Willie Bobo, who grew up in Spanish Harlem, New York made his name in Latin Jazz in the 1960's and 70's, with the timbales becoming his favoured instrument. He met Mongo Santamaria shortly after his arrival in New York and studied with him while acting as his translator, and later joined Tito Puente for 4 years from the age of 19. During the early 50's the nickname Bobo is said to have been bestowed by the jazz pianist Mary Lou Williams. His first major exposure was when he joined George Shearing's band on the album The Shearing Spell. After leaving Shearing, Cal Tjader asked Bobo and Santamaria to become part of the Cal Tjader Modern Mambo Quintet, who released several albums as the mambo craze reached fever pitch in the late 50's. Reuniting with his mentor Santamaria in 1960, the pair released the album Sabroso! for the Fantasy label. He later formed his own group releasing Do That Thing/Guajira with Tico and Bobo's Beat and Let's Go Bobo for Roulette, without achieving huge penetration.

After the runaway sucess of Tjaders Soul Sauce, in which he was heavily involved, Bobo formed a new band with the backing of the Verve label, releasing Spanish Grease, of which the title track is probably his most well known tune. Highly successful at this attempt, Bobo released a further 7 albums with Verve.

In the late 70's he moved out to Los Angeles, where he worked as a session musician for Carlos Santana among others, as well as being a regular in the band for The Bill Cosby Show. In the late seventies he recorded a couple of albums for Blue Note and Columbia records.

He was married to Alicia. He died on September 15, 1983 in Los Angeles, California, USA. After a period of ill health, he died at the age of 49, succumbing to cancer.
Alicia, wife of Willie, said: "He wanted to come to New York…he wanted to come home…he once said that a great artist always gets recognized at the end." Willie, the eldest son spoke: "One of my father's memorable words was 'music is an international language, anyone can follow the music."' Eric, the youngest son: "He wanted everyone to be happy, no sorrow…this is how his life was, happy, smiling, to have a good time."

As sideman
With Nat Adderley

Goin' to the Meeting (Prestige, 1962)
With Miles Davis

Explosion! The Sound of Slide Hampton (Atlantic, 1962)
With Herbie Hancock

Bad Luck Is All I Have (Atlantic, 1975)
With Bobby Hutcherson