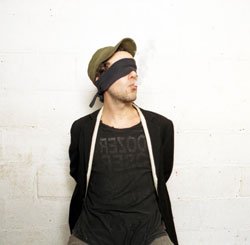 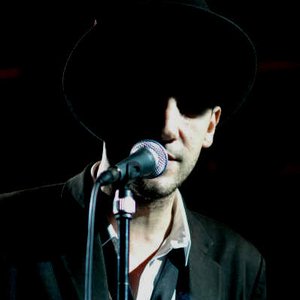 Whitey is an ongoing solo project by N.J. Whitey. He is a hard character to pin down- his genre-twisting songs swing wildly between styles, and his dismissive attitude towards the music industry means there are few shows, and even fewer interviews. He has to date had no major record deal, but has still released over 30 records under a variety of names. Yet without any significant industry investment his distinctive sounds have broken through to mainstream daytime radio in the U.S and elsewhere, and for four straight years his music has been a fixture from rock clubs to fashion runways, from movie soundtracks to television, computer games to skate films. From Japan to Iceland, Moscow to Hollywood. From Breaking Bad to the Sopranos to Grand Theft Auto. Gradually this cult U.K. artist has built a strange home in the shadowy ground between high fashion and mainstream entertainment, between pop radio and what little is left of the underground. An outsider who relishes this status, and celebrates this outsider ethos in his work.

He's lived in a variety of places, but you could say he finished growing up in Coventry, UK. He now lives in Los Angeles. He sings, programs, plays guitar, keys, bass and drums but has no formal qualifications and is totally self taught. His live shows are haphazard- some are an uplifting rhythmic experience, whilst some occur in deliberately darkened rooms and are hedonistic affairs drenched with chaotic walls of feedback and electronic noise. Others may swing from ferocious rock moments to gentle simple melodies played on tiny bells, acoustic guitars and toy instruments. There have been gigs with everyone from New Order to Iggy Pop, Soulwax to Peaches to the Undertones. He's as comfortable playing a sweaty NYC rock club as an Ibizan dance megaclub, and is one of the few artists regularly invited to play both.

Whitey is a blues-based-doom band from Boston (Massachusetts, USA), featuring members of Glazed Baby, Black Thai & Muss. Whitey is saturated with the blues the way gas spreads through a puddle. But it’s also modern as hell, with deafening waves of distorted metal brutality. Style-wise, the band makes wide turns, from Jesus Lizard hypno-grunge to even sicker stuff that’ll remind you of the Melvins. At its best, it’s mind-warping noise that borders on the extreme without sinking into an experimental quagmire. This is the kind of baby that the blues should have had before it was too late, before that pampered infant grew up and started listening to Bon Jovi and Nickelback. This is the kind of baby it’d be cool to have, once it got over that nasty cholic and started callin’ you Pop.