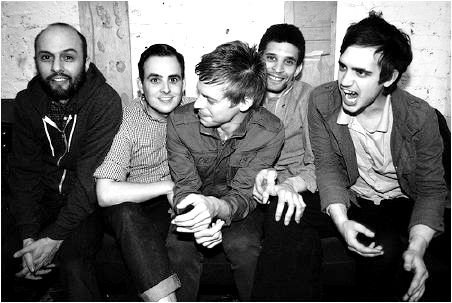 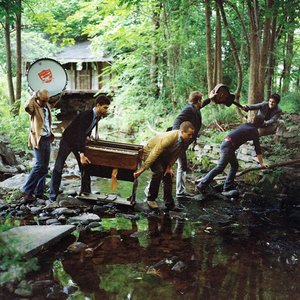 White Rabbits came to New York from the midwest. For their first record, they managed to catch the attention of Say Hey Records and producer Chris Zane (Shy Child, Asobi Seksu, Les Savy Fav). Their second album, "It's Frightening," was produced by Britt Daniel (Spoon).

Added to their arsenal are 3 part vocal harmonies that texture the album throughout. White Rabbits even showcase the occasional group chant, best exampled on Fort Nightly’s opening track “Kid On My Shoulders”. White Rabbits’ penchant for more tropical excursions such as on “I Used To Complain Now I Don’t”, featuring the horns of Beirut’s (Jon Natchez), are, at times, reminiscent of The Specials or Madness.

Their sets have gained the band a large and growing audience and led them to share bills with Peter Bjorn & John, The Fiery Furnaces, The Walkmen, Richard Swift and others.