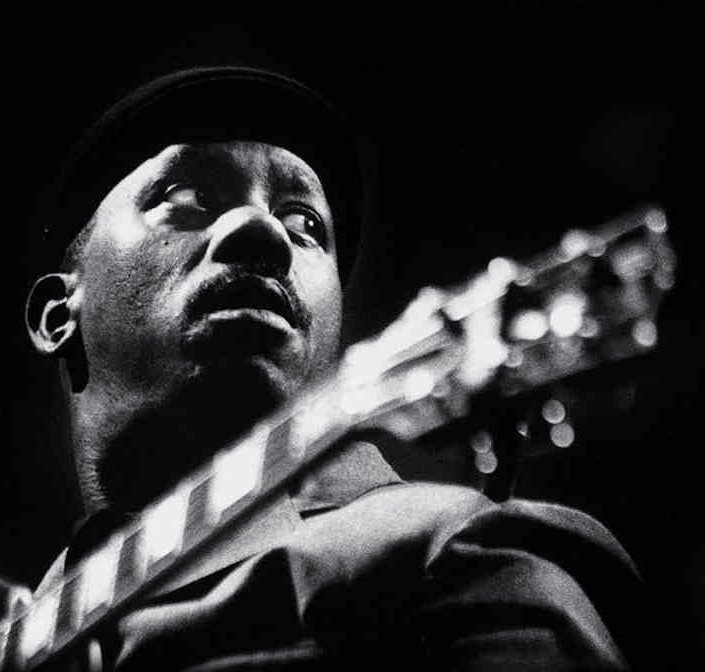 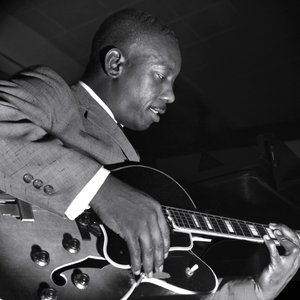 Montgomery was born in Indianapolis, Indiana. According to NPR Jazz Profiles "The Life and Music Of Wes Montgomery," the nickname "Wes" was a child's abbreviation of his middle name, Leslie. He came from a musical family: his brothers, Monk (double bass and electric bass) and Buddy (vibraphone and piano) were jazz performers. The brothers released a number of albums together as the Montgomery Brothers. Although he was not skilled at reading music, he could learn complex melodies and riffs by ear.

Montgomery started learning the six string guitar at the relatively late age of twenty by listening to and learning the recordings of his idol, guitarist Charlie Christian; however, he had played a four string tenor guitar since age twelve. He was known for his ability to play Christian's solos note for note and was hired by Lionel Hampton for this ability.

Many fellow jazz guitarists consider Montgomery the greatest influence among modern jazz guitarists. Pat Metheny has praised him greatly, saying: "I learned to play listening to Wes Montgomery's Smokin' at the Half Note." In addition, Metheny stated to The New York Times in 2005 that the solo on "If You Could See Me Now," from this album is his favorite of all time. Joe Pass said: "To me, there have been only three real innovators on the guitar—Wes Montgomery, Charlie Christian, and Django Reinhardt," as cited in James Sallis's The Guitar Players and in his Hot Licks instructional video. Kenny Burrell states: "It was an honor that he called me as his second guitarist for a session." In addition, George Benson, Stevie Ray Vaughan, Eric Johnson, Joe Satriani, Jimi Hendrix, David Becker, Joe Diorio, Steve Lukather, Larry Coryell, and Pat Martino have pointed to him numerous times as a great influence. Lee Ritenour, who recorded the 1993 album Wes Bound named after him, cites him as his most notable influence; he also named his son Wesley.

Following the early work of swing/pre-bop guitarist Charlie Christian and gypsy-jazz guitarist Django Reinhardt, Wes joined Tal Farlow, Johnny Smith, Jimmy Raney, and Barney Kessell to put guitar on the map as a bebop / post-bop instrument. While these men generally curtailed their own output in the 1960s, Montgomery recorded prolifically during this period, lending guitar to the same tunes contemporaries like John Coltrane and Miles Davis were recording. While many jazz players are regarded as virtuosos, Montgomery had a very wide influence on other virtuosos who followed him, having also earned the respect of his contemporaries. To many, Montgomery's playing defines jazz guitar and the sound that students try to emulate.

Dave Miele and Dan Bielowsky claim, "Wes Montgomery was certainly one of the most influential and most musical guitarists to ever pick up the instrument… He took the use of octaves and chord melodies to a greater level than any other guitarist, before or since… Montgomery is undoubtedly one of the most important voices in Jazz guitar that has ever lived-or most likely ever will live. A discussion of Jazz guitar is simply not thorough if it does not touch upon Wes Montgomery."

"Listening to solos is like teetering at the edge of a brink," composer-conductor Gunther Schuller asserted, as quoted by Jazz & Pop critic Will Smith. "His playing at its peak becomes unbearably exciting, to the point where one feels unable to muster sufficient physical endurance to outlast it." Wes received many awards and accolades: Nominated for two Grammy Awards for Bumpin', 1965; received Grammy Award for Goin' Out of My Head as Best Instrumental Jazz Performance by Large Group or Soloist with Large Group, 1966; nominated for Grammy Awards for "Eleanor Rigby" and "Down Here on the Ground", 1968; nominated for Grammy Award for Willow, Weep for Me, 1969. Wes' second album, The Incredible Jazz Guitar of Wes Montgomery, earned him Down Beat magazine's "New Star" award in 1960. In addition, he won the Down Beat Critic's Poll award for best Jazz guitarist in 1960, '61, '62,'63, '66, and 1967.

Montgomery toured with Lionel Hampton early in his career, however the combined stress of touring and being away from family brought him back home to Indianapolis. To support his family of eight, Montgomery worked in a factory from 7:00 am to 3:00 pm, then performed in local clubs from 9:00 pm to 2:00 am. Cannonball Adderley heard Montgomery in an Indianapolis club and was floored. The next morning, he called record producer Orrin Keepnews, who signed Montgomery to a recording contract with Riverside Records. Adderley later recorded with Montgomery on his Pollwinners album. Montgomery recorded with his brothers and various other group members, including the Wynton Kelly Trio which previously backed up Miles Davis.

John Coltrane asked Montgomery to join his band after a jam session, but Montgomery continued to lead his own band. Boss Guitar seems to refer to his status as a guitar-playing bandleader. He also made contributions to recordings by Jimmy Smith. Jazz purists relish Montgomery's recordings up through 1965, and sometimes complain that he abandoned hard-bop for pop jazz toward the end of his career, although it is arguable that he gained a wider audience for his earlier work with his soft jazz from 1965–1968. During this late period he would occasionally turn out original material alongside jazzy orchestral arrangements of pop songs. In sum, this late period earned him considerable wealth and created a platform for a new audience to hear his earlier recordings.

Wes Montgomery is the grandfather of actor Anthony Montgomery.

According to jazz guitar educator Wolf Marshall, Montgomery often approached solos in a three-tiered manner: He would begin a repeating progression with single note lines, derived from scales or modes; after a fitting number of sequences, he would play octaves for a few more sequences, finally culminating with block chords. He used mostly superimposed triads and arpeggios as the main source for his soloing ideas and sounds.
The use of octaves (playing the same note on two strings usually one octave apart) for which he is widely known, became known as "the Naptown Sound". Montgomery was also an excellent "single-line" or "single-note" player, and was very influential in the use of block chords in his solos. His playing on the jazz standard "Lover Man" is an example of his single-note, octave- and block-chord soloing. ("Lover Man" appears on the Fantasy album The Montgomery Brothers.)

Instead of using a guitar pick, Montgomery plucked the strings with the fleshy part of his thumb, using downstrokes for single notes and a combination of upstrokes and downstrokes for chords and octaves. Montgomery developed this technique not for technical reasons but for his neighbors. He worked long hours as a machinist before his career began and practiced late at night. To keep neighbors from complaining, he began playing more quietly by using his thumb. This technique enabled him to get a mellow, expressive tone from his guitar. George Benson, in the liner notes of the Ultimate Wes Montgomery album, wrote, "Wes had a corn on his thumb, which gave his sound that point. He would get one sound for the soft parts, and then that point by using the corn. That's why no one will ever match Wes. And his thumb was double-jointed. He could bend it all the way back to touch his wrist, which he would do to shock people."

Montgomery toured with vibraphonist Lionel Hampton's orchestra from July 1948 to January 1950, and can be heard on recordings from this period. Montgomery then returned to Indianapolis and did not record again until December 1957 (save for one session in 1955), when he took part in a session that included his brothers Monk and Buddy, as well as trumpeter Freddie Hubbard, who made his recording debut with Montgomery. Most of the recordings made by Montgomery and his brothers from 1957–1959 were released on the Pacific Jazz label.

From 1959 Montgomery was signed to the Riverside Records label, and remained there until late 1963, just before the company went bankrupt. The recordings made during this period are widely considered by fans and jazz historians to be Montgomery's best and most influential. Two sessions in January 1960 yielded The Incredible Jazz Guitar of Wes Montgomery, which was recorded as a quartet with pianist Tommy Flanagan, bassist Percy Heath and drummer Albert "Tootie" Heath. The album featured two of Montgomery's most well-known compositions, "Four on Six" and "West Coast Blues."

Almost all of Montgomery's output on Riverside featured the guitarist in a small group setting, usually a trio (and always with his organist from his Indianapolis days, Melvin Rhyne), a quartet, or a quintet, playing a mixture of hard-swinging uptempo jazz numbers and quiet ballads. The lone exception, Fusion, telegraphed his post-Riverside career: it was his first recording with a string ensemble. One of the more memorable sets involved a co-leadership collaboration with vibraphone virtuoso and Modern Jazz Quartet mainstay Milt Jackson, whom producer Orrin Keepnews has said insisted on a collaboration with Montgomery as a condition for signing a solo recording deal with Riverside.

In 1964 Montgomery moved to Verve Records for two years. His stay at Verve yielded a number of albums where he was featured with an orchestra—brass-dominated (Movin' Wes), string-oriented (Bumpin', Tequila), or a mix of both (Goin' Out of My Head, California Dreamin').

He never abandoned jazz entirely however in the Verve years, whether with a few selections on most of the Verve albums, or by such sets as 1965s Smokin' at the Half Note (showcasing two memorable appearances at the famous New York City club with the Wynton Kelly Trio) or a pair of albums he made with jazz organ titan Jimmy Smith, The Dynamic Duo and Further Adventures of Jimmy and Wes). He continued to play outstanding live jazz guitar, as evidenced by surviving audio and video recordings from his 1965 tour of Europe.

As a considered founder of the smooth jazz school the album Bumpin' (1965) represents a model from which many modern recording are derived: as the liner notes to the CD remaster issue note, after being unable to produce the desired results by the guitarist and orchestra playing together, arranger Don Sebesky suggested Montgomery record the chosen music with his chosen small group, after which Sebesky would write the orchestral charts based on what Montgomery's group had produced. Longer clips from all of the tracks on Bumpin' and other Wes Montgomery albums are found on Verve Records website.

By the time Montgomery released his first album for A&M Records, he had seemingly abandoned jazz entirely for the more lucrative pop market, though as in his Verve period he played his customary jazz in small group settings in live appearances. The three albums released during his A&M period (1967–68) feature orchestral renditions of famous pop songs ("Scarborough Fair", "I Say a Little Prayer", "Eleanor Rigby", etc.) with Montgomery using guitar octave technique to recite the melody. These records were the most commercially successful of his career, but featured the least jazz improvisation.

Wes and Buddy, along with Richard Crabtree and Benny Barth, formed "The Mastersounds", and recorded "Jazz Showcase Introducing The Mastersounds" and a jazz version of "The King and I", both released by World Pacific Records. They first played together at Seattle, particularly working up the set for "The King and I", at a club called Dave's Fifth Avenue. The composers were so impressed by the jazz version of "The King & I" that they pre-released the score of "Flower Drum Song" to the quartet to allow simultaneous release with the soundtrack album.

On the morning of June 15, 1968, while at home in Indianapolis, Indiana, Montgomery awoke and remarked to his wife that he "didn't feel very well." He soon collapsed, dying of a heart attack within minutes. Only 45 years old at the time of his death, Montgomery had just returned from a tour with his quintet and was at the height of his fame, having attained a degree of popular acceptance that few jazz artists in that era achieved. Montgomery's home town of Indianapolis later named a park in his honor.