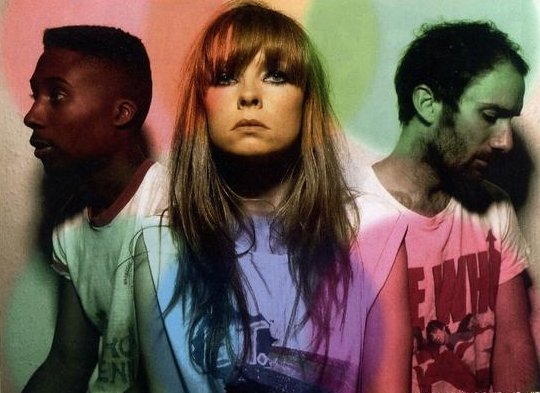 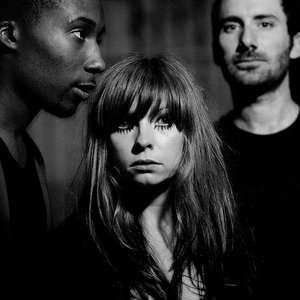 In 2009, they toured Europe and the USA and spent a lot of time in the studio, with producer Gareth Jones. At Glastonbury they won "Emerging Talent Competition 2009" & now, hoping to prove the critics correct, with their début album, "WHB" (Apr 2010). A new album "Movements" (28 Apr 2014) is planned, produced by band member Thomas and co-produced and mixed by Tim Goldsworthy (DFA Records, LCD Soundsystem, Unkle, Mo'Wax).

Drawing from a well of influences that include ESG, Animal Collective and The Rapture, the band created their own sound - a 21st Century mixtape that defies categorisation or pigeonholing. With the prime focus on making people dance, they quickly took the big step of taking their music to the stage, despite having little to no previous experience between them. “We learnt quickly” says Dede, “I never thought I’d be in a band, I definitely didn’t ever see myself on a stage! But after the first few shows you get over the scary bit and the buzz just took over – there was no looking back.”

‘The snowball effect’ is a fitting description for the band’s first year; play a few shows in London, play a few more outside of London, start getting a lot more hits on MySpace, NME and Dazed & Confused get in touch about doing ‘ones to watch’ features, label’s start calling and before you know it they have their first release. Early singles like the vibrating punk funk monsters 'Oh!' (released on 50 Bones records) and ‘You Came Out’ (released on Kill Em All) as well as the fuzzy, descending disco of 'Hear It In The Cans' (available on the sixth Kitsuné Maison compilation) showed the trio's playful, disco side but those looking for 12 identical tracks on ‘WHB’ may be in for a surprise.

"The singles are poppy, danceable and catchy but there's another side to us," says Thomas. Indeed tracks like 'Buffet' and 'Piano' hint at a rougher, more complex element to the discoball dream. "We like a lot of dark music. Joy Division, early OMD, and Talking Heads are just some of the things that we listen to,” adds Darren. "The three of us have lots of different influences and they’ve all come out on ‘WHB’."

The DIY ethos of the band has meant that they've succeeded without being tied to a record label. "We didn't want to focus on getting a deal, we went out and did everything ourselves. We got on with existing as a band on our own terms," says Darren. This has meant the freedom to tour extensively around the world. "If we were signed to a label, the record company wouldn't have allowed us to tour as much as we have," says Thomas. "I was looking at my passport today and I thought that I needed to get a new one soon, it's nearly run out of pages!" Thanks to this, Dede says, the band have a large international fan-base. "When you go to France or Russia and fans who don't necessarily know English are singing your songs back to you word for word, that's an amazing feeling. You just think 'how do they know the songs?!'"

From the humble beginnings of 'WHB', the trio wrote the rest of the 11 sonically diverse songs that make up their brilliantly eclectic album in between touring, over the course of 2009. The final product is much bigger than their singles and beloved MySpace songs suggest. Beat heavy, yes, but also warm, organic and much more complex, melody driven and beautiful than you would expect.

So here you have it, ‘WHB’, the debut album from We Have Band that really is the full story of everything they’ve achieved as a band, from the very beginning up until now.