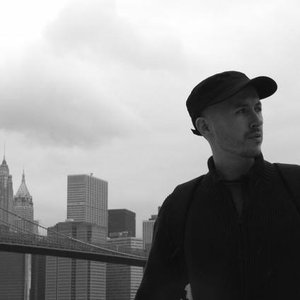 Wax Tailor is the trip hop/hip hop producer Jean-Christophe Le Saoût from Paris, France.
After two EP's, he released his first album Tales of the Forgotten Melodies in March 2005, mixing hip-hop, downtempo and trip-hop, and a second, Hope & Sorrow in April 2007.

After being a host on a French radio in the Paris suburb of Mantes-La-Jolie, JC Le Saoût started the French Rap band La Formule in the 1990's. He created his label Lab'Oratoire in 1998 and produced records from La Formule as well as Break Beat compilations and a collaboration with the Swedish band Looptroop.
He began work on the Wax Tailor project in 2001, first appearing on a remix of Looptroop & La Formule's "Breathing Under Water". Wax Tailor's first EP Lost The Way was released in 2004 and features contributions from Charlotte Savary, Marina Quaisse, and Big Dada rapper Infinite Livez. Other musicians who have appeared alongside Wax Tailor include North Carolina Hip-Hop duo The Others, Ursula Rucker, Sharon Jones, Voice and A State Of Mind.

Wax Tailor uses samples in his music as film directors use actors. His record is conceived as an orchestral movie between hip-hop and downtempo where Wax Tailor hijacks “The forgotten melodies” and tells a story of his own where each track is a sequence. In this large patchwork of numerous influences and multiple references to the seventh art, major names of the twentieth century music (Doris Day, Nina Simone…) could get a chance to meet Stanley Kubrick, Woody Allen or Alfred Hitchcock