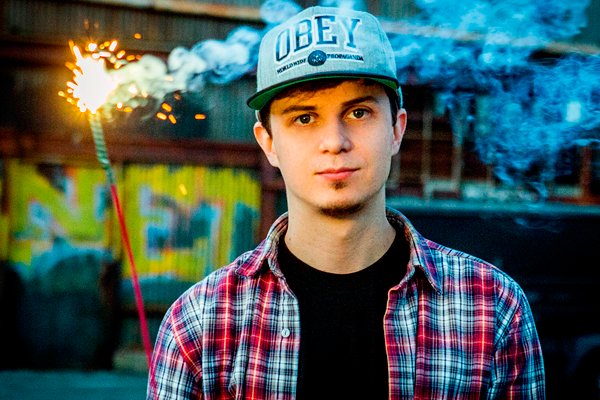 George Watsky (born September 15, 1986) is a writer and performer who believes in the equal power of the tear and the belly laugh. Born and raised in San Francisco and now based in Los Angeles, he aims to cross-pollinate the stage, screen and stereo with work that speaks to both the humor and frustrations of modern life.

George was featured on Season 6 of Russell Simmons Presents Def Poetry on HBO. He was the 2006 Youth Speaks Grand Slam Poetry Champion, 2006 Brave New Voices International Poetry Slam Champion, and performed in a record six consecutive Youth Speaks Grand Slam Finals. The last three of those audiences, all topping out at over 3,000, were the largest ever for poetry slams anywhere in the world. In 2009 Watsky was one of three poets who performed live on FOX at the NAACP Image Awards in honor of Russell Simmons’ lifetime achievement award.

George has made strides to bring his poetic sensibilities to the theater world. His one-man show So Many Levels has been presented in Boston, San Francisco, Vermont, and at the Hip Hop Theater Festival Critical Breaks series in New York City. He has also been featured at the San Francisco and Washington, DC arms of the Hip Hop Theater Festival. He played the title character and co-wrote a 2004 adaptation of Dante’s Divine Comedy for the Living Word Festival and his stage play Harold’s Fall or King Will is the recipient of the 2009 Rod Parker Playwriting Fellowship.