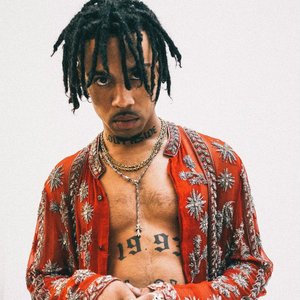 Victor Mensah, known as Vic Mensa, is a rapper from Chicago and a former member of the hip-hop group Kids These Days. Following their breakup he has pursued a rapidly growing solo career leading up to the release of his mixtape INNANETAPE. Vic has rapped on both of Chance the Rapper's mixtapes, 10 Day and Acid Rap. He is a member of the Save Money collective and has recently signed with Roc Nation, with music with Kanye West in the works for his upcoming project, "Traffic". He has appeared on Kanye West's song, Wolves, and West has appeared on Vic's track, U Mad.