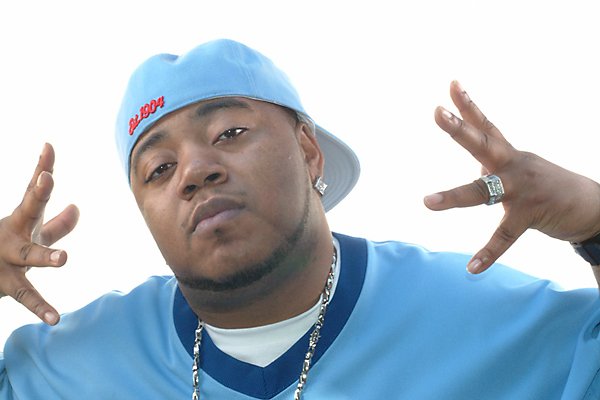 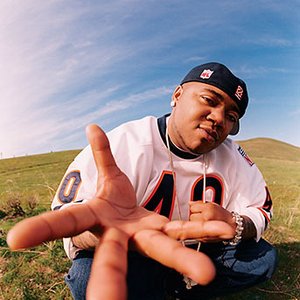 Carl Terrell Mitchell (born November 27, 1973 in Chicago, Illinois), better known by his stage name Twista and formerly Tung Twista, is an American rapper who once held the title of fastest emcee in the world, being able to pronounce 11.2 syllables per second. In 1992 he released his debut album, Runnin' Off At Da Mouth, and has since released a further seven albums including 1994's Resurrection, 1997's Adrenaline Rush, 2004's highly successful Kamikaze, 2005's The Day After and 2007's Adrenaline Rush 2007. His latest studio album, Category F5, was released in July of 2009.

Twista grew up in the K-Town area on the west side of Chicago. He started rapping at the age of 12. However, before starting his professional career, he worked at several other jobs including working at a factory, selling shoes, working at McDonald's, working as a security guard, and even cutting hair.

Twista was one of the first artists to sign with Loud Records. In 1991, he released Runnin' off at da Mouth under the name of Tung Twista. Due to his rapid-fire pace of delivery, he was listed in the Guinness Book of Records as the world's fastest rapper. Despite this recognition, the album achieved little success. Tung Twista dropped the "Tung" off of his name in his second album Resurrection, which was never released outside of Chicago's underground.

In 1996, he teamed with fellow Chicago act "Do or Die" on the track "Po' Pimp" leading to a contract with Atlantic Records. He released Adrenaline Rush in 1997 followed by Mobstability in 1998. Twista then formed his own Legit Ballin' label which has released two compilation albums Legit Ballin' in 1999 and Legit Ballin' Vol. 2: Street Scriptures in 2001. The label later released Respect The Game,Vol. 3 in 2002 and Volume 4: Tha Truth in 2006.

Twista developed a good reputation in rap circles leading to work with Mariah Carey, P. Diddy (then Puff Daddy),Lil kim, Drag-on, Jay-Z, Timbaland, Ras Kass, Ludacris, Royce Da 5'9", Shaquille O'Neal, and Da Brat. However, it would take him until 2004 to achieve a platinum, number-one record under his own name.

On his website, Twista stated that he made Kamikaze to show that he was still true to the ideals that he had when he started out. "I represent for the MCs that have skills, not just make music for the hell of it. I take the time to concentrate. Otherwise, I could have 10 albums out there, easy. I could sit down all day and write something. But I write when I get in a zone more than writing because I’ve got to do this. I represent the artists that keep it true to what really is, to be able to make rappers want to write."

The first single, "Slow Jamz", featured Kanye West and Jamie Foxx. It topped the Billboard Hot 100 and world R&B charts in early 2004, and eventually reached number 3 on the UK singles charts. Kamikaze built on the success of "Slow Jamz" to reach the top of the Billboard 200 album chart upon its release in January 2004 and went platinum by March 2004. The second single, "Overnight Celebrity", became another top 10 Hot 100 hit and a UK top 40 entry, while the third, "So Sexy" (featuring R. Kelly), made the top 40 of the Hot 100. In the UK, the album track "Sunshine", which featured R&B singer Anthony Hamilton and lifted its chorus from Bill Withers' "Lovely Day", was extracted as a third single and became a big hit; this track received comparatively little exposure in the U.S., perhaps because rapper Lil' Flip had a huge hit there at the same time with a different song of the same title.