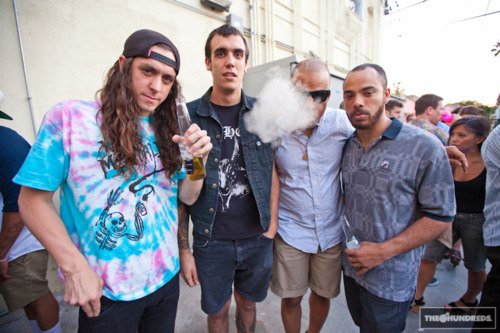 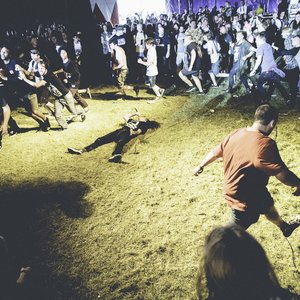 Trash Talk is an American hardcore punk band from Sacramento, California, formed in 2005. They have toured all around the world including Japan and Europe, as well as performed in many festivals in support of their releases which helped give the band recognition from publications including Rolling Stone.

Formed in 2005, Trash Talk soon released a Demo 2005 on Sell Our Souls Records, as well as a split with Bay Area band Steel Trap in 2006 for Spiderghost Pressgang. Later that year, they signed on to Rumble Records to record their debut album Walking Disease. Trash Talk would later sign to Malfunction Records (imprint of Deathwish Inc.) in 2007 for the release of their EP Plagues; which would later form a compilation with Walking Disease. After extensive touring with bands such as Cruel Hand, they would eventually leave Deathwish Inc. to manage their own label, Trash Talk Collective.

During their touring, Trash Talk participated in a live session for British radio station BBC Radio 1 showcasing songs from their latest album Eyes & Nines, released physically in Europe and digitally throughout on May 17, 2010. The album came out on CD in the United States on June 8, 2010 with the vinyl releasing on June 21, 2010. In October 2010, Trash Talk first appeared on the cover of The FADER, in its 70th issue. Trash Talk performed at the 2011 Soundwave Festival in February / March 2011. Trash Talk were added to the 2011 lineups of Download in June and Hevy Music Festival in August, although they pulled out of Hevy at the eleventh hour.

On May 30, 2012, it was announced that Trash Talk had signed to Odd Future Records, making them the first act not part of the Odd Future hip-hop collective and the first non hip-hop artist to sign to the label. The band has been known to perform Tyler, The Creator's song, Radicals, with Tyler as a closer at a few Odd Future shows. They released their album 119 on Odd Future Records on October 9, 2012, in partnership with their Trash Talk Collective imprint and Sony BMG Music Group's RED Distribution. Album was released on October 9.

In November 2013, Devan Bentley, (drummer for Such Gold) joined Trash Talk for their fall tour with Suicidal Tendencies and has been touring with them since.

Trash Talk's fourth full-length studio album, titled No Peace, was released on the 27th of May 2014.