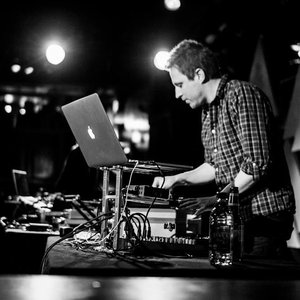 There are multiple artists that go by the name TOR.

(1) Emerging in late 2012 with a sound that was all his own, Tor’s debut album ‘Drum Therapy’ was the culmination of over a decade of quietly honing his craft, merging the aesthetics of dusty samples with polished production, addictive melody and distinctive driving percussion. After catching the attention of Emancipator, it became the first release to launch his new label Loci Records. Even though Tor’s background had been strictly studio-based, he quickly found footing in the touring world supporting established acts like Emancipator & Bluetech on national U.S. tours, performing at multiple festivals such as Shambhala, BassCoast, What The Festival & Burning Man, in addition to remixing artists like ODESZA.

Now over 3 years since his debut, Tor returns with his sophomore album ‘Blue Book’. It serves as the perfect follow up – a natural evolution of the best qualities of his previous work, while pushing his sound forward with new sonic palettes, ideas and tempos. Named after a childhood drawing book, the album references a raw creative time in Tor’s life with the theme of reconnecting with that part of him after years of looking for purpose. It’s a record that plays like a journey from start to finish, with rhythmic bell patterns, chopped vocal harmonies, atmospheric swells, warm basslines, and a newfound love of analog synthesizers all taking his songs to new levels, and establishes that Tor is an artist whose trajectory will be exciting to follow for years to come.

(2) Tor is the folk music of a rustic swain living in the rural isolation of Devon, England. He has a guitar and some other sundry items, and sometimes a voice, from which emerge songs of yearning.

(6) An electronic beat mixer from Tennessee who is listening to his own music as he writes this. Tor hopes to become somewhat popular after he publishes his album, FirePower, somehow.