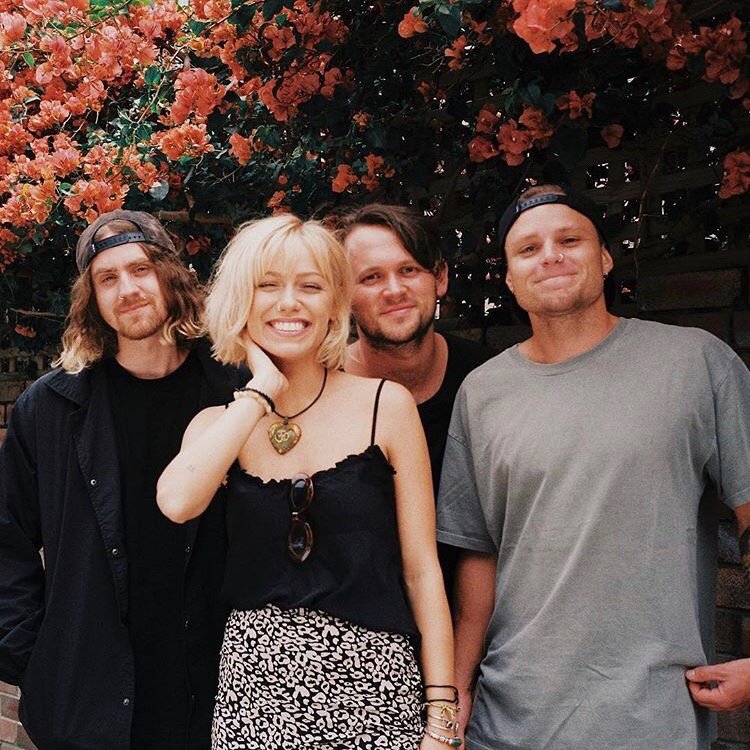 Forming in 2008, the band worked up a strong following in Australia's pop-punk scene, playing shows with bands such as Fireworks, Heroes for Hire and The Wonder Years; before gaining a substantial international profile through extensive touring of North American and Europe.

In June 2010, the band released an EP, All Shapes and Disguises. In November of that year, their second EP entitled Consider This was released. The band released four singles - "Breaking and Entering," "Starlight," "Listening" and "Let It Land" - from their debut album, What Are You So Scared Of?, which was released in Australia on October 14th, 2011. The record was officially released in the UK and US on October 2012.

A new single, "Breakdown," was released at the start of 2013 and featured vocals from Good Charlotte's Benji Madden. This was a standalone single, and did not appear on the band's second studio album, The Other Side. The album was released September 6th, 2013 and featured three singles - "The Ocean," "Come Home" and "Lonely Girl," the latter of which has amassed over one million views for its music video on YouTube.

In March 2014, the band released a new single, "The Edge." It is the lead single from the soundtrack to The Amazing Spider-Man 2; and features footage from the movie in its video.

On October 30th 2015, the band announced that their third studio album, Limitless would be released on March 4th 2016. The announcement coincided with the release of the first single, "Human Interaction". Other singles from the album include "To Be Free", "Drive" and "How Does It Feel?".

The group announced they had signed to Hopeless Records and UNFD on April 3rd 2017, and released a standalone single, "World Away".

On October 16th 2017, they released a single, "Temple" and announced their fourth album, Underworld. The album was released on January 12th 2018. "Crack My Heart" and "Disappear" featuring PVRIS' Lynn Gunn were also released as singles from the album.