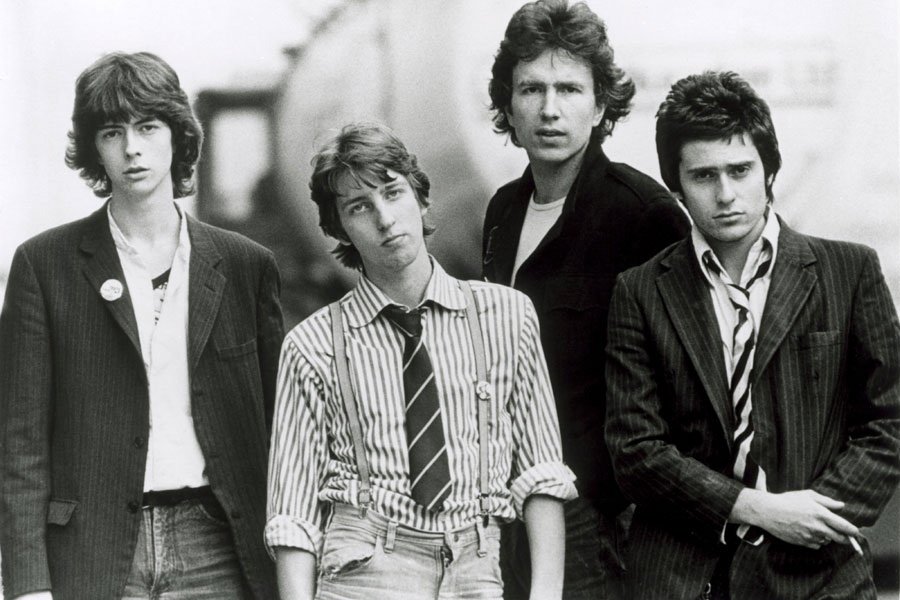 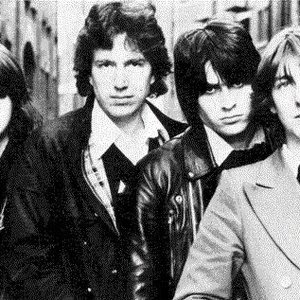 Tom Robinson began gigging in London in 1976 with a constantly shuffling lineup of musician friends backing him and by the end of the year, he had decided to put together a permanent band. Tom's old friend, guitarist Danny Kustow, was the first in the permanent lineup. They ran small ads in the music papers looking for a bass player and drummer. At one audition, the hopeful prospect had hitched a ride with a friend of his who happened to be a drummer, and, as there was no one else to play drums, the friend sat in for the audition. At the end of the evening, the band was still short of a bass player, but Robinson had found his drummer in Brian (Dolphin) Taylor. The search for a bass player continued, until Mark Ambler auditioned. As soon as he plugged in and started to play, the band knew they had found their man. However, some days later, Mark mentioned he also played keyboards. After listening to Ambler playing his Hammond organ Tom realised he would have to be the bass player himself. It wasn't how he saw himself, but he was definitely competent.

The band hit the club scene right in the middle of London's punk explosion. Their live shows got favourable reviews, and soon A&R men were attending many of their gigs. There was one small problem - a song in the band's set called Glad To Be Gay. Even the punk independents shied away from this one. Stiff Records president Jake Riviera went as far as to refer to their music as fucking queer music.

EMI decided to sign up the band and TRB were off and running. Tom later describe this period, saying "Within nine months we'd made the transition from signing on at Medina Road dole office to Top Of The Pops, Radio One, EMI Records and the giddy heights of the front cover of the New Musical Express".

TRB hit on a way to connect with people who would become firm followers. They made leaflets and flyers about their political views and sent them to everyone who attended their gigs, they gave away badges and made up T shirts emblazoned with the band's logo and they appeared regularly at Rock Against Racism concerts.

2-4-6-8 Motorway was their first single, released in the autumn of 1977, it got into the top five of the UK singles charts, staying there for over a month. It was followed almost immediately by their next record, a four song EP called Rising Free which was recorded live at London's Lyceum Theatre in November of 1977. It contained the songs Glad To Be Gay, Right On Sister, Don't Take No For An Answer and Martin. The EP reached #18 in the UK singles charts.

The picture cover of the TRB's May 1978 single: Up Against The WallIn early 1978, TRB finally recorded their debut album, Power In The Darkness. The UK version of the LP contained all new songs, but in the US (on the Harvest label), the Motorway single and Rising Free record were combined for a six-track bonus EP that made the album almost a double.

The Winter Of '79 was written as a hypothetical look backwards in time at events that seemed quite well within the realm of possibility at the time.

Power In The Darkness reached number 4 in the UK album charts and won the band a gold record, and TRB were voted Best New Band and Best London Band for the year 1977 by listeners at the Capital Radio Music Awards. However, Mark Ambler left the band after recording the album with them. Session pianist Nick Plytas was drafted in as a temporary replacement, and played with TRB at a major Anti Nazi League rally in London's Victoria Park that spring.

Ian Parker joined as a permanent replacement for Mark Ambler, and the band went to Rockfield Studios in Wales to record their next album, TRB TWO. Chris Thomas who had produced their first album, was also at the control deck for their second album, to start off with. However, there was tension in the band by now, and things didn't go well, with only one song from that recording session being useable. An Autumn tour made further recording impossible before Christmas - and once the tour was over, Dolphin Taylor suggested Todd Rundgren should replace Thomas as producer. After not being able to decide which tracks should appear on the LP, the band eventually agreed to let Rundgren choose. However, he picked two of the songs Dolphin particularly disliked, and Taylor decided that he would leave rather than play on the tracks. A day later he had calmed down somewhat and offered to return, but Robinson refused, and a hired hand, Preston Heyman was recruited as an emergency stand-in. His picture was included on the album cover to make it look more bandlike, but there was never any intention for him to join the band permanently. Taylors eventual replacement was another session musician - Charlie Morgan who had played for Kate Bush, and went on to drum for Elton John for a further fifteen years.

To support the album's release, the band went on tour, but by this point, TRB were nearly finished. When Kustow decided to quit in 1979 that was the end of TRB.

In 1989, Robinson, Kustow and Ambler put together a reunion tour and played sold out shows at the Marquee in London and went on for the best part of a year before splitting one final time.