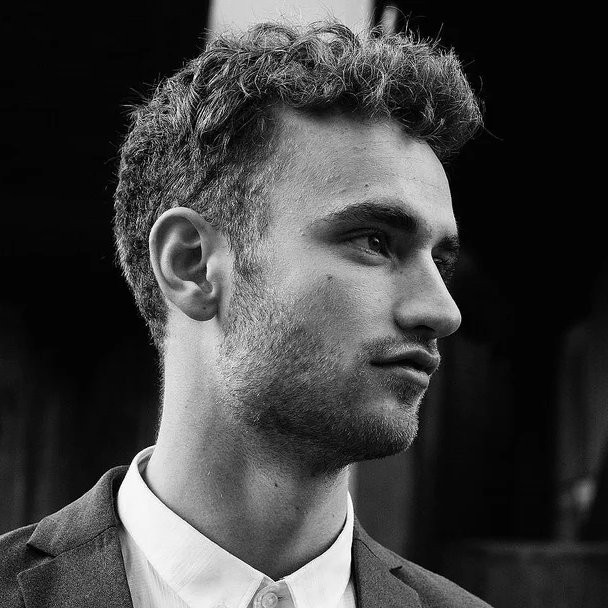 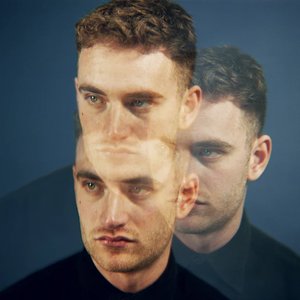 “Apparently, I have a sound , and people can hear it,” Tom Misch claims modestly. For someone with a cohesive and sprawling body of mellow beats behind him, he seems mildly bewildered that this is the case. “I try so many genres that it’s hard sometimes to pinpoint. I guess my sound is uplifting, soulful, funky — and happy more than it is sad.” It’s a perfect description of his debut album, due in 2018, which brings together low-slung hip-hop beats, glittering disco, and noodling jazz instrumentation in a way only Misch can.

If Misch seems surprised, it’s because his fanbase has developed naturally. He never set out with any grand plan when he began making beats, and uploading roughly three tracks a week to Soundcloud at 16. “ I prefer a more organic approach to making music, but also to building a fanbase,” he reflects. “I don’t want a big push on my music as I don’t want to be as big as possible.” And yet, he’s rapidly become one of the U.K.’s most exciting emerging new artists, gaining 1.1 million monthly listeners on Spotify and playing a sold-out tour of the U.K., U.S. and Europe in 2016. Collaborating with a clutch of fellow trailblazers like Novelist, Loyle Carner, and Zak Abel, he’s accumulated a total of 75 million streams across all platforms to date — and it all started in his bedroom.

Misch’s earliest introduction to music came via his artistic family, including his psychiatrist father, a passionate violinist, who would take him to concerts and the opera as a child. He sang in a choir at school, and picked up the violin himself at the age of four. When one of his older sisters took up guitar and later abandoned it, nine-year-old Misch inherited the instrument, and taught himself to play Red Hot Chilli Peppers and Nirvana songs. Today, he also plays bass, banjo, and a smattering of keys.

It was one of his sister’s boyfriends who introduced him to the music of J Dilla at 15, and from then on, Misch was hooked. He took up Music Technology at school the following year, and began learning how to create his own “really chilled out, boom-bap kind of ‘90s hip-hop” on Logic Pro. “When I wasn’t at school, I’d be making beats,” he says. “It was just what I did.” As he began sharing his tunes on Soundcloud, he found the response was overwhelming. “You put songs out and you build a fanbase — it’s kind of addictive.”

A collaboration with his sister Laura, on the jazz-inflected “Follow,” was a major turning point for both siblings after it was uploaded to influencer YouTube channel Majestic Casual. The track features Laura on sax and Tom on beats and vocals, intertwined to mesmeric effect. “That was the point where I was like, okay, maybe I could do this as a career,” Misch reflects. “Suddenly it had 100,000 plays.” Shortly afterward, Soulection co-founder Joe Kay commented on one of Misch’s productions on Soundcloud, asking the teenage prodigy to guest on his radio show.

Soon afterward, in 2014, Misch contributed to Soulection’s White Label series, weaving together obscure jazz samples, guitar, and vocals to create the perfect summer listen (including the dreamy fan favourite “The Journey”). His Beat Tape series collected the best of his hip-hop instrumentals, the 5 Day Mischon project featured collaborations with grime MC Novelist and singer-songwriter Zak Abel, and his 2016 Reverie EP brought the official release of Misch’s most sophisticated songs to date. As well as soulful singers Carmody and Jordan Rakei, he struck up a collaborative relationship with fellow south Londoner Loyle Carner, whose mellow bars flow over Misch’s productions like a breeze on a hot day. Both artists form part of the much-hyped scene of singer-songwriters emerging from south east London, including King Krule and Cosmo Pyke. Each has a DIY mindset and a brooding, poetic approach to lyricism that weaves them loosely together. “There’s definitely a certain sound,” reflects Misch. “Everyone’s music in south London is really chilled. It reflects the vibe of this part of London — it’s laid back.”

Misch has lived in south London all his life, and he loves it so much that his new single, “South of the River,” is dedicated to it. “I much prefer the general vibe of south London,” he says. “I love this area, Peckham, Dulwich, Forest Hill. Singing that line — You should come south of the river — it just felt really good.” With its string arrangements mirroring disco synth stabs and a funky bassline, it’s an irresistible bop that nods clearly to Misch’s danceable new direction.

One of the biggest influences on Misch’s sound has long been jazz. With a degree in jazz guitar, Misch is an avid listener of Robert Glasper, Roy Hargrove, Cory Henry, and jazz-influenced songwriters like D’Angelo and Erykah Badu. “It’s kind of a warm feeling, when you hear a certain chord progression,” he explains.

In the making of his debut album, he’s also been drawing on inspiration from disco, house, and techno, discovered through the portal of producers like Kaytranada and Motor City Drum Ensemble. The euphoric feel of 1970s and ‘80s disco (think Earth Wind and Fire or Gwen McCrae), and the thump of nightclubs like Fabric or Corsica, inspired him to bring more movement into his songs. “I want people to dance at my live shows, I want to bring more energy,” he says. “When you’re in a club and you can feel the bass…I want people to have that experience.”

Misch’s sound is true to its roots — he still makes his tracks in the same bedroom studio in his parents’ house, and his mum produces his artwork. (“ Her work is very DIY, just like my music, and feels homespun,” he explains.) But he’s never afraid to explore new territory. “I think it’s really important to make music that hasn’t been made before,” he says. “I’m trying to work out what my sound is, and pursuing that.” Fans might think they know his style, but Misch is a restless experimentalist, keen to spend endless hours honing his craft. One of his favorite new songs is a “Brazilian-sounding” jam that reflects how deeply he feels about his work. As he puts it: “It’s about how you can’t take away my love for music. I’ll always have that.”