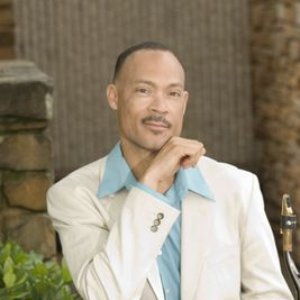 Jazz doesn’t always come easy growing up in the dusty plains of West Texas, but that’s where it all began for Tom Braxton. Lubbock, Texas is an unlikely environment for a boy to dream of being a jazz musician. Fortunately, Tom had a direct link to this creative art form through his dad, James ("J.T.") Braxton.

After graduating valedictorian from high school, Tom attended Texas Tech University in Lubbock, Texas on track and music scholarships. “I love to run, and the 200, 400, and 1600-meter relay were my events.” During his college years, Braxton formed the jazz fusion band “No Compromise” which toured the southwest and opened concerts for Joe Sample, Stanley Clarke, George Howard, and many others. The band performed many of Tom’s original compositions which helped to fine-tune his writing style.

As his college years came to a close, the band fizzled out and Tom launched a solo career. His first act of business was to join forces with keyboardist and producer Bernard Wright to release his solo debut, Your Move. “The highlight of my first release was having the opportunity to record a duet with long-time friend Kirk Whalum on the song “Peacemaker.” Bernard Wright not only produced Braxton’s first CD, but was instrumental in connecting him to a gifted musician/producer who would elevate Tom to the national touring circuit. “I have to credit Bernard Wright with getting me the gig with Wayman Tisdale. ‘Nard was in Sacramento working with Wayman on some projects. Tisdale told ‘Nard that he was starting a band and my name came up. I flew to Sacramento and played with Wayman at the Red Lion Hotel where we opened a concert for the Yellowjackets. I’ll never forget it . . . it was 1992!! Except for a few years off during the births of my sons, I’ve been playing with Wayman ever since.”

Braxton’s second album, Katallasso, mixed memorable, lite-funk melodies with some unique production touches. In April 1998, the CD was released nationally on Positive Music Records and featured the talents of Kirk Whalum, Paul Jackson Jr., Bill Maxwell, and Bill Cantos. For Tom’s third album, he took a brief departure from mainstream smooth jazz and in 1999 released an instrumental praise and worship CD entitled Face to Face. Two years later, he followed it up with the release of Comfort and Joy, a Christmas album that presented Braxton’s fresh arrangements of traditional and contemporary holiday favorites. His fifth release, Bounce, was produced by Wayman Tisdale for Dave Koz’s label, Rendezvous Entertainment. “Wayman approached me with the idea of doing a project together,” recalls Braxton. “I was very excited and the creative juices began to flow. We had a lot of fun in the studio playing with grooves and melodies and the CD, Bounce, was born.” In 2007 the CD Imagine This was released.

Seasoned with experience and gifted with a fresh sound that has widespread appeal, Tom Braxton is destined to be a key player in the music industry in the 21st century.