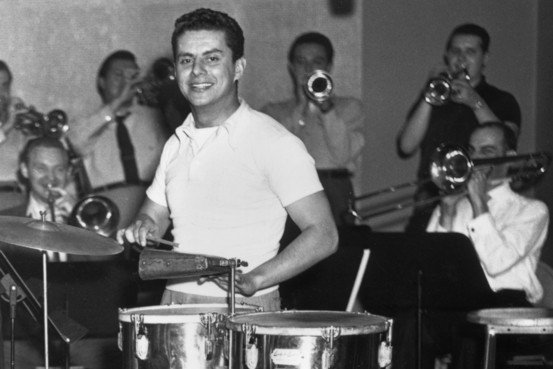 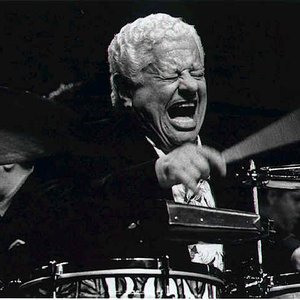 Tito Puente (1923-2000) was a bandleader, percussionist, composer, and arranger from New York City.

Born Ernesto Antonio Puente, Jr., on April 20, 1923, in el barrio Spanish harlem, New York, Puente was a musical pioneer for mixing musical styles with Latin sounds and for his experiments in fusing Latin music with jazz. The son of Puerto Rican immigrants, Puente grew up in New York City's Spanish Harlem and took piano lessons as a child and then studied percussion. He became a professional musician at age 13. Tito Puente later learned to play a number of instruments, including the piano, saxophone, vibraphone, and timbales (paired high-pitched drums). After an apprenticeship in the historic Machito Orchestra, he was drafted and served in the navy during World War II.

Once he returned to New York in 1945, Puente used money from the G.I. Bill to study at the famed Juilliard School of Music. He formed a band that would later be known as the Tito Puente Orchestra in 1948. By the 1950s, crowds came to see his band play and Puente became a Latin music sensation. In 1958, his best-selling album, Dance Mania, was released. More hit records followed as the world enjoyed the way Puente put a big band spin on traditional Latin dances.

He added other Latin and Afro-Cuban rhythms to his repertoire, including cha cha, merengue, bossa nova, and salsa, and among his notable songs are Babarabatiri, Ran Kan Kan, and Oye Como Va. Puente also performed with leading jazz performers, including George Shearing and Woody Herman, as well as with many stars of Latin music and, in later years, with symphony orchestras.

During a career that spanned more than five decades, Puente became a musical legend in Latin music and jazz circles. He made more than 100 albums and created more than 200 compositions. Puente received numerous awards for his work, including five Grammy Awards. Sometimes called the "King of Latin Jazz" or simply "El Rey" - The King - he made an indelible mark on the popular culture. The writer Oscar Hijuelos made him a character in his 1989 novel, The Mambo Kings Play Songs of Love, and Puente appeared as himself in the 1992 film adaptation. He also guest starred on numerous television shows, such as The Simpsons.

Tito Puente died on May 31, 2000, while in the hospital for heart surgery in New York, New York. Adored by his fans, many people waited in line for days to say good-bye to the popular bandleader.