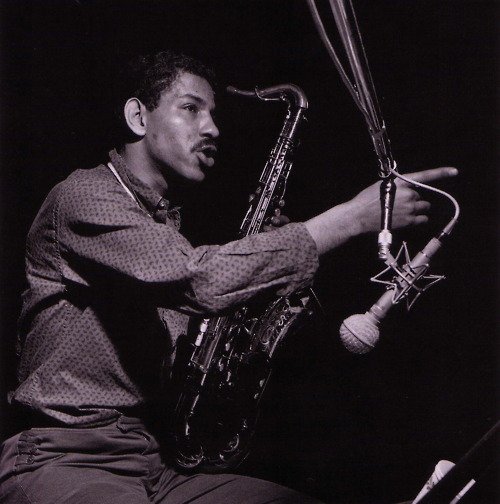 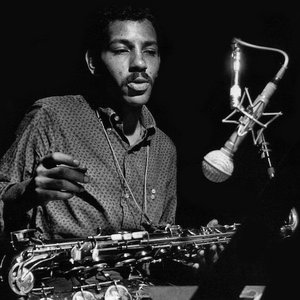 Harold Floyd Brooks was born in Fayetteville, North Carolina. The nickname "Tina", pronounced Teena, was a variation of "Teeny", a childhood moniker. He was the brother of Bubba Brooks. He studied harmony and theory with Herbert Bourne. Initially, he studied the C-melody saxophone, which he began playing shortly after he moved to New York with his family in 1944. Brooks' first professional work came in 1951 with rhythm and blues pianist Sonny Thompson, and, in 1955, Brooks played with vibraphonist Lionel Hampton. Brooks also received less formal guidance from trumpeter and composer "Little" Benny Harris, who led the saxophonist to his first recording as a leader. Harris, in fact, was the one who recommended him to Blue Note Records producer Alfred Lion in 1958.

Brooks is best known for his work for Blue Note Records between 1958 and 1961, recording primarily as a sideman with Kenny Burrell, Freddie Hubbard, Jackie McLean, Freddie Redd, and Jimmy Smith. Around the same period, Brooks was McLean's understudy in The Connection, a play by Jack Gelber with music by Redd, and performed on an album of music from the play on the Felsted Label.
Brooks recorded five sessions of his own for Blue Note (including one jointly with McLean). The first session was recorded on 16 March 1958 at the Van Gelder Studio in Hackensack, New Jersey, and featured promising young trumpeter Lee Morgan alongside seasoned professionals such as Sonny Clark, Doug Watkins and Art Blakey. Despite the calibre of the players and the quality of the output, Minor Move was not released for more than two decades, long after Brooks had died. This started an unfortunate trend, as three of his four other sessions (Street Singer, Back to the Tracks and The Waiting Game) did not appear during his lifetime. The exception was True Blue, a session recorded on 25 June 1960 with Freddie Hubbard, Duke Jordan, Sam Jones and Art Taylor. The release of True Blue coincided with the release of Hubbard's Blue Note debut album, Open Sesame (also featuring Brooks), and was not actively promoted.
Brooks did not record after 1961. Plagued by heroin dependency, and gradually deteriorating health, he died of liver failure aged just 42.

Michael Cuscuna in 1985, through Mosaic Records, released a boxset of Brooks' recordings as leader; the limited edition quickly sold out. The interest in Brooks' music has also led to releases of the unissued sessions through Blue Note Japan and on CD in Blue Note's Connosieur series.
In the liner notes for the CD release of Back to the Tracks, Cuscuna wrote: "Far lesser talents have been far more celebrated" and that Brooks "was a unique, sensitive improviser who could weave beautiful and complex tapestries through his horn. His lyricism, unity of ideas and inner logic were astounding."
David Rosenthal in his work Hard Bop: Jazz and Black Music 1955-1965 dedicated a number of pages to Brooks. Of his composition "Street Singer", Rosenthal wrote that it is "an authentic hard-bop classic" where "pathos, irony and rage come together in a performance at once anguished and sinister."
The official Blue Note website says of Brooks, "With a strong, smooth tone and an amazing flow of fresh ideas every time he soloed, tenor saxophonist Tina Brooks should have been a major jazz artist, but his legacy is confined to a series of dates that he did for Blue Note as a sideman and leader" and that he "was one of the most brilliant, if underrated, tenor saxophonists in modern jazz".