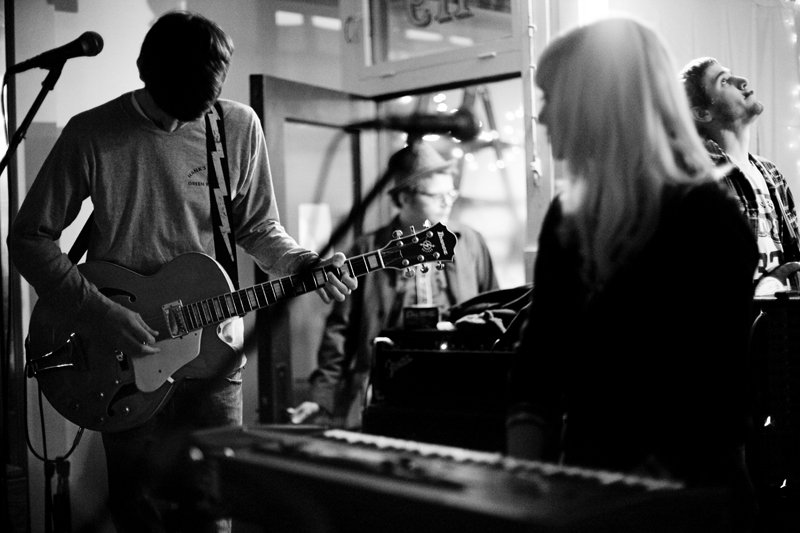 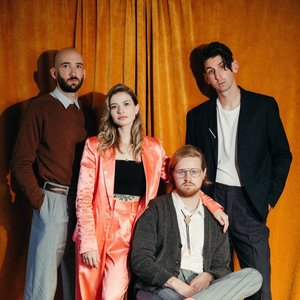 Tigers Jaw are an American indie rock band from Scranton, Pennsylvania that formed in 2005. The band is currently comprised of vocalist/guitarist Ben Walsh and vocalist/keyboardist Brianna Collins. The band's name is a reference to a song by lo-fi band The Microphones. Tigers Jaw originally consisted of Walsh, Collins, drummer Mike May, vocalist/guitarist Adam McIlwee and bassist Dennis Mishko. May stayed with the band for only a few months, never recording any material with them; and was replaced by Pat Brier the same year.

The band's debut album was entitled Belongs to the Dead; and was released on Summersteps Records in 2006. The website AbsolutePunk gave their debut record a generally positive review, noting that "Tigers Jaw is fueled by emotionally-driven lyrics brought to life by vocalist Adam McIlwee, whose voice is one of those that reveal passion while at the same time giving the impression that he's barely trying." A self-titled album followed in 2008; which was released through Prison Jazz Records. Between their second and third albums, the band released an EP, Spirit Desire, via Tiny Engines; as well as a split seven-inch with Balance and Composure. Their third album, Two Worlds, was released on Run For Cover Records in 2010.

From 2010 to 2013, the band partook in several split releases and EPs. This included two acoustic releases for the Run For Cover Acoustic Series (both 2010), a split with The Sidekicks (2011), a seven-inch with two new songs, "Gypsy" and "Jimmy Piersall" (2011); a split with Tiny Empires (2011) and a four-way split release with Code Orange Kids, The World is a Beautiful Place and I am No Longer Afraid to Die and Self Defense Family. A seven-inch with two new songs, "Hum" and "Cool," was released in 2013.

On March 21, 2013, Collins made an announcement on the band's Tumblr: "After our show in Scranton two weeks ago, Adam, Pat, and Dennis let Ben and I know that for personal reasons they are unable to do Tigers Jaw anymore." Members of Basement filled in for former members of Tigers Jaw during their 2013 UK tour. The band released their fourth studio album, Charmer, in May 2014, though they are not broken up, it is the final album to feature McIlwee, Mishko and Brier.

Since McIlwee's departure from the band he has lead onto solo-recording act Wicca Phase Springs Eternal joining Gothboiclique in 2012, he has also released music with his group Misery Club started in 2018.