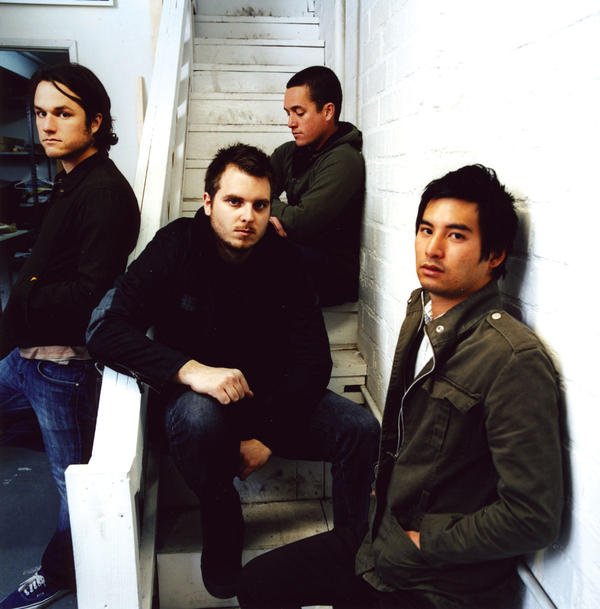 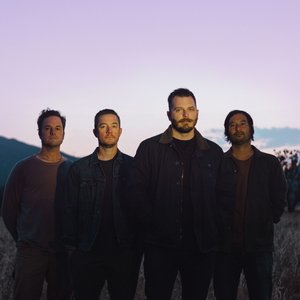 In 2000, Thrice signed with Sub City Records and released two LP's. The first, Identity Crisis (2000), only received 1.5 stars in the AMG review and little buzz. The second, The Illusion of Safety (2002), was widely acclaimed and received attention from major record labels. Even though Thrice's music has always included metal influences, The Illusion of Safety contained a heavier metalcore sound. The album was recorded in Beltsville, Maryland and the track The Beltsville Crucible reflects this.

In 2003 Thrice signed up with Island Records and released The Artist in the Ambulance, which featured more metal oriented songs while keeping true to their hardcore influences. In 2005 a DVD outlining their entire career to date was released under the title If We Could Only See Us Now. It included a CD with live tracks from the Apple Store and various b-sides.

Thrice released their fourth full-length album, Vheissu, on October 18, 2005. The album was characterized by many critics as being experimentally different, using non-traditional Thrice elements in the process. From keyboard melodies ("For Miles") to Japanese music-box undertones ("Music Box") to chain gang chant choruses ("The Earth Will Shake"), Vheissu introduced a new sound to the band's post-hardcore roots. UK producer Steve Osborne, whose past credits include many Brit-pop hits, was sought by Thrice to gain a new perspective on the songwriting process, enabling the band to expand their musical influences and produce a different album. The album garnered widespread critical acclaim and peaked at #15 on the Billboard 200.

The band releasedRed Sky, an EP comprised of various b-sides as well as live recordings, shortly after Vheissu.

Thrice released the first and second volume of The Alchemy Index, a highly experimental project based on the four traditional elements (fire, water, earth, and air), on October 16th 2007. Over the summer Thrice parted ways with Island records and signed with Vagrant. The Alchemy Index Vols. I & II - Fire & Water was released on October 16, 2007, and sold 28,000 copies in its first week. The album consists of the first two volumes, Fire and Water, and features 12 songs, 6 on each disk. The third and fourth volumes, Air & Earth were released on April 15, 2008.

Thrice's sixth studio album Beggars was released digitally through Vagrant Records in the UK on August 9, 2009 and in the US on August 11 with a physical release containing bonus material pencilled in for September 15. These dates deviate from the original proposed release date of October 13 because of a leak via Vagrant Records web player, which has meant the artwork for the album has also changed. The first single to be taken from the album is All the World Is Mad and was first made available through Guitar Hero: World Tour on July 23.

Dustin Kensrue has described the album as being "more visceral and more raw - both in the songwriting and in the overall sound. It moves with a different energy than any of our past records. It was born out of us playing together in a room, almost as a backlash to the giant headgame that was The Alchemy Index" and has been well received critically.

The seventh studio album Major/Minor came out on September 20, 2011 through Vagrant Records. Yellow Belly, Promises and a few other songs were made available for the listeners to stream online before the release date. The album received extremely positive reviews from many online websites. Alex Djaferis of Absolutepunk.net gave Major/Minor a rating of 95%. Tracks like Promises and Listen Through Me reflected a natural progression from the sound Thrice created in Beggars, which was widely appreciated by the early listeners.

Thrice decided to take a break from being a full time band on November 21, 2011. In late spring/early summer Thrice announced the 'Farewell' tour for the spring/summer of 2012 , which would be the bands final tour before going into an indefinite hiatus.

In early 2015 it was announced that the band intends to release new music and tour again. Announcements were done via the bands website http://www.thrice.net/ and social media outlets with an accompanying picture with "Thrice 2015" text.