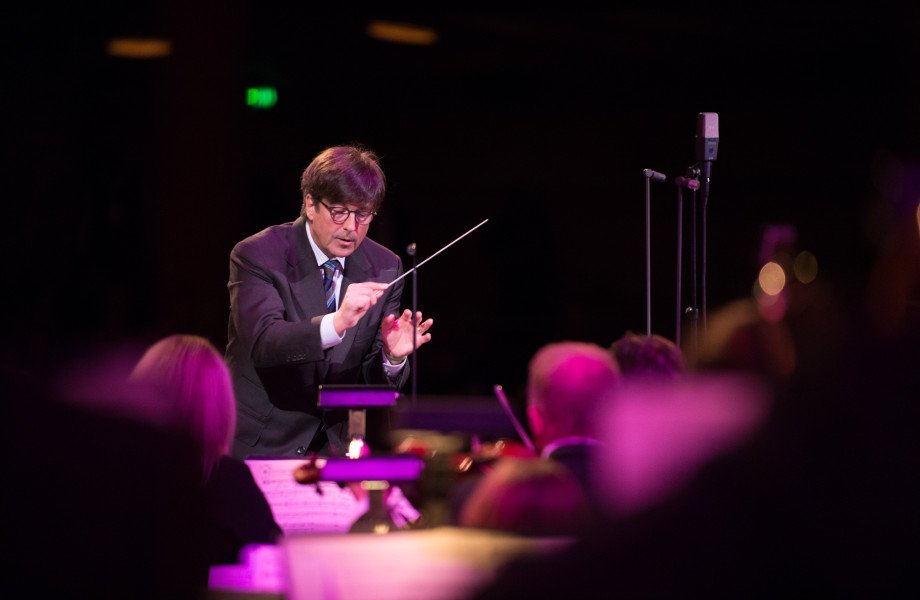 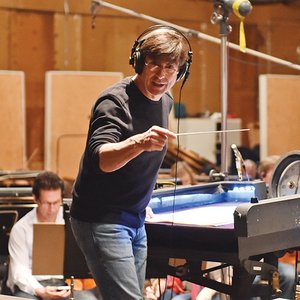 Thomas Montgomery Newman (born October 20, 1955) is an American composer best known for his many film scores.

Newman has been nominated for 15 Academy Awards and 4 Golden Globes, and has won 2 BAFTAs, 6 Grammys and an Emmy Award. Newman was honored with the Richard Kirk award at the 2000 BMI Film and TV Awards. The award is given annually to a composer who has made significant contributions to film and television music.

Born in Los Angeles, California, he is the youngest son of Martha Louis Montgomery (1920–2005) and composer Alfred Newman (1900–1970), who won the Academy Award for Best Original Score nine times. He is a member of a film-scoring dynasty in Hollywood that includes his father Alfred, brother David Newman, sister Maria Newman, uncles Lionel Newman and Emil Newman, cousin Randy Newman (also known as a singer and songwriter), and his first cousin, once removed, Joey Newman. His paternal grandparents were Russian immigrants, and his mother was from Mississippi.

During their upbringing, Martha herded her sons into violin lessons in the San Fernando Valley every weekend. Newman later studied composition and orchestration for two years at the University of Southern California, before transferring to Yale University, where he graduated as a Bachelor of Arts in 1977 and a Master of Music in 1978. While at Yale, he met composer Stephen Sondheim, who became an early mentor.

Newman and his wife, Ann Marie, have three children. They reside in the Pacific Palisades neighborhood of Los Angeles.

At first, Newman was more interested in musical theater than in film composition, working with Sondheim in Broadway plays. Lionel, who succeeded Alfred as music director for 20th Century Fox, gave Thomas his first scoring assignment on a 1979 episode of the series The Paper Chase. In 1983, John Williams, who was a friend of both Alfred and Lionel, invited Newman to work on Return of the Jedi, orchestrating the scene where Darth Vader dies. Afterwards Newman met in New York producer Scott Rudin, who invited him to compose the score for Reckless (1984). Newman said that he thought "it was a tough job, at first" for requiring him to "develop vocabularies and a sense of procedure", only getting comfortable with writing scores "and not fraudulent in my efforts" after 8 years.

In 1992, Newman composed the score to Martin Brest's film Scent of a Woman.

In 1994, he got his first Academy Award nominations with the scores to The Shawshank Redemption and Little Women. He also scored the film The War. In 1996, he scored Diane Keaton's Unstrung Heroes, receiving yet another Oscar nomination. In 1998, he scored Robert Redford's The Horse Whisperer as well as Meet Joe Black. In 1999, Newman composed the score to Sam Mendes' first feature film American Beauty, created using mainly percussion instruments. Newman believed the score helped move the film along without disturbing the "moral ambiguity" of the script, saying "It was a real delicate balancing act in terms of what music worked to preserve that." This was his first collaboration with Mendes, and he would go on to score all of the director's subsequent films except for the comedy-drama Away We Go, which featured songs instead of a score. He received a fourth Oscar nomination for this score, and although he lost again (to John Corigliano for The Red Violin), he did receive a Grammy and a BAFTA.

His critical and commercial success has continued in the following years with his scores for films such as Meet Joe Black, The Green Mile, Erin Brockovich, In the Bedroom and The Salton Sea. He was nominated consecutively for a further three Academy Awards, for Road to Perdition (2002), Finding Nemo (2003), and Lemony Snicket's A Series of Unfortunate Events (2004). However, he lost on each occasion to Elliot Goldenthal (for Frida), Howard Shore (for The Lord of the Rings: The Return of the King), and Jan A. P. Kaczmarek (for Finding Neverland) respectively.

He was again nominated for an Oscar for scoring Steven Soderbergh's The Good German (2006). At the Oscar ceremony, he appeared in the opening segment by Errol Morris, who jokingly stated that Newman had been nominated for and failed to win an Oscar eight times. Newman replied: "No, I've failed seven but this will be my eighth", and indeed, he again lost, this time to Gustavo Santaolalla for Babel.

His first score since The Good German was for the 2008 animated film WALL-E, collaborating for the second time with director Andrew Stanton (with the first collaboration being Finding Nemo). The film won the Academy Award for Best Animated Feature (as had Nemo). Newman received two Oscar nominations: one for Best Original Score, and another for Best Original Song for "Down to Earth", which he co-wrote with Peter Gabriel. He was nominated in the Original Score category with two other veteran composers, James Newton-Howard and Danny Elfman, both of whom have also been nominated for several Oscars but each time unsuccessfully. Newman lost both the score and song nominations to A R Rahman for his work on Slumdog Millionaire. He and Peter Gabriel did however win a Grammy for "Down to Earth".

In 2008, Newman scored Towelhead and Sam Mendes' Revolutionary Road and in 2009 he scored Brothers. In 2011 he scored The Help, The Debt, The Iron Lady, and The Adjustment Bureau.

In 2012, Newman scored The Best Exotic Marigold Hotel. He also scored the 23rd James Bond movie Skyfall, directed by his longtime collaborator Sam Mendes, which celebrates the film franchise's 50th anniversary. His work on this film earned him his eleventh Oscar nomination and a second BAFTA win. During 2013, he scored Steven Soderbergh's Side Effects and Saving Mr. Banks. The latter score was very well received by film music critics, earning Newman BAFTA and Oscar nominations for the second consecutive year, both of which he lost to Steven Price for Gravity.

Newman's 2014 projects included The Judge and Get on Up. He scored 2015's The Second Best Exotic Marigold Hotel, marking the first time Newman has scored a sequel to a film he also wrote the score for.

Newman likes to vary the instrumentation in his scores, ranging from full orchestra to percussion-only music. He is also fond of incorporating unusual instruments such as the zither, hurdy-gurdy, psaltery and hammered dulcimer, or unexpected sounds, like Aboriginal chants and the chirping of cicadas. The composer declared that he has "an interest in mundane experimentation."