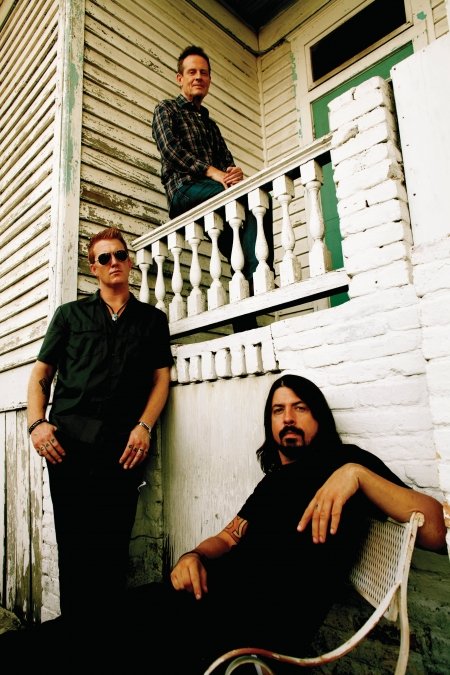 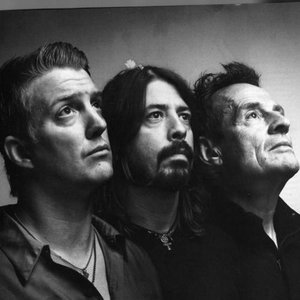 Them Crooked Vultures are a hard rock supergroup that formed in Los Angeles, California in 2009. Comprised of drummer Dave Grohl (Foo Fighters, Nirvana), vocalist and guitarist Josh Homme (Queens of the Stone Age, Kyuss, Eagles of Death Metal) and bassist and keyboardist John Paul Jones (Led Zeppelin), the band also features Alain Johannes (What Is This?, Eleven, Queens of the Stone Age) as a live rhythm guitarist. The band's self-titled debut album was released on November 16, 2009 in the UK and November 17, 2009 in the US. It was also available to stream on the internet on November 9, 2009 via the band's YouTube page, prior to its release, after which the album was removed.

Them Crooked Vultures were released by Interscope Records in North America, and Sony Music internationally. On the 21st of October radio personality Alan Cross announced the lead single for Them Crooked Vultures debut album to be "New Fang" which premiered on October 26. The single was released on November 2 worldwide as a free download. Iconvision subsequently announced that the album will be released on the 17th of November, 2009. On November 3, the band gave a free copy of "Mind Eraser (No Chaser)" to fans that had bought tickets to a live performance and offered it on iTunes as a free download. On November 9, Them Crooked Vultures started streaming their full album on their website, and also through a link to their mailing list with the title "Fuck Patience, Let's Dance."

On September 1, the band announced two 2009 tours of North America and the United Kingdom, in October and December respectively. The 2009 Tour will be titled Deserve the Future Tour and the UK leg sold out in just under 12 minutes, making it one of the quickest sold tours in the UK - without the band even officially releasing a song to date. On September 21, the band also announced 3 Germany dates for December 2009.