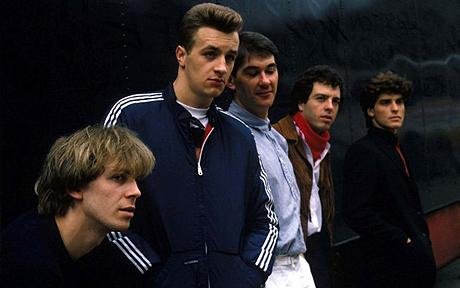 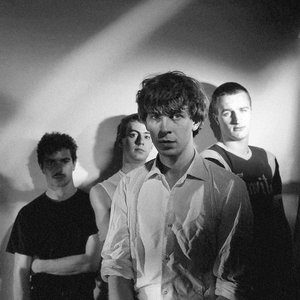 The Teardrop Explodes was a British Post-punk/Neo-Psychedelic band formed in Liverpool in 1978. The band was formed by Julian Cope who had previously been in the short-lived yet locally-renowned band Crucial Three along with Pete Wylie (who went on to form Wah!) and Ian McCulloch later of Echo and the Bunnymen.

The band's initial line-up consisted of singer/bassist Julian Cope, Mick Finkler on guitar, Gary Dwyer on drums and Paul Simpson on keyboards. They were managed by Bill Drummond and signed to his Zoo label. An early version of the band, which included Ian McCulloch on vocals, was known as A Shallow Madness.

The band released their first single, Sleeping Gas in February of 1979. Soon after, Simpson left the band and was replaced by Zoo label co-owner, David Balfe. Their next single Bouncing Babies inspired a tribute song of its own: I Can't Get Bouncing Babies by the Teardrop Explodes - an ode to the difficulty of obtaining a copy of the song.

Finkler was fired by Cope during the recording of their debut album Kilimanjaro and was replaced by Dalek I Love You guitarist Alan Gill. The LP was a moderate success; it reached number 24 on the British pop charts.

In 1981, the group was at the height of its popularity. In January, they hit # 6 on the British charts with the Reward single and in April they broke the top 20 with Treason. During this period, there were numerous line up changes: Alfie Agius was brought in on bass, Jeff Hammer replaced Balfe on keyboards and Troy Tate replaced Gill on guitar.

Expectations were high for the band's second album, Wilder. The first single Passionate Friend performed reasonably well (#25 UK), but the album itself was unsuccessful, limping to 29 on the charts, disappearing shortly afterwards.

When the band reconvened to record their third album, they were reduced to the trio of Cope, Dwyer and a reinstated Balfe. Tensions were high – Cope wanted to write ballads and quirky pop songs, while Balfe was more interested in recording synth-based dance music. Cope eventually dissolved the band in 1982 in the middle of the sessions. The material was later released in 1990 under the title Everybody Wants to Shag .... The outtakes show a mix of synth/dance pop, dominated by Balfe's keyboards on songs like Count to Ten and Run for Cover and more gentle pop on songs like Soft Enough For You, that prefigure the direction of Cope's early solo career.