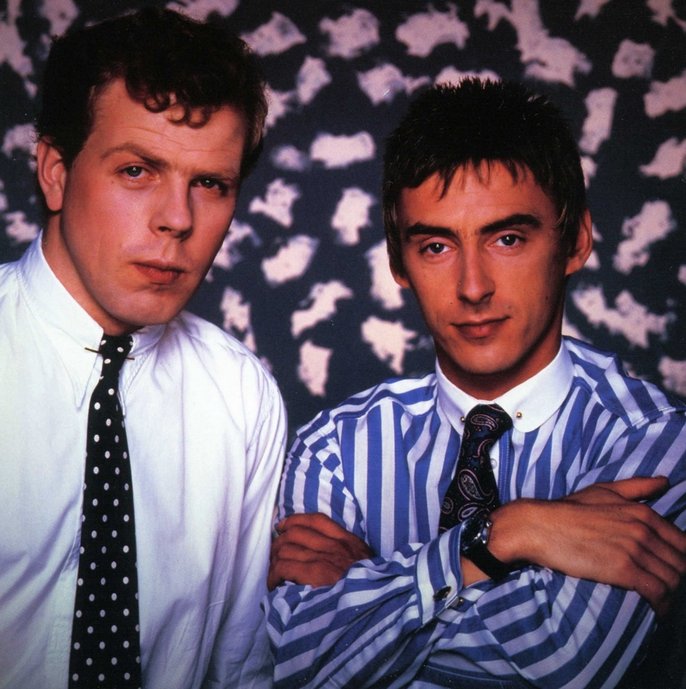 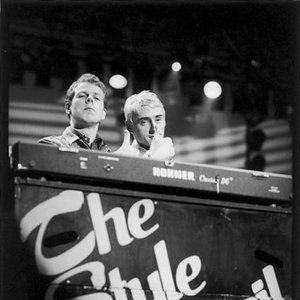 The Style Council were an English musical group formed in 1983 by ex-The Jam singer and guitarist Paul Weller with keyboardist Mick Talbot. The permanent lineup grew to include drummer Steve White and Weller's then-wife, vocalist Dee C. Lee. Other artists such as Tracie Young and Tracey Thorn (Everything but the Girl) also collaborated with the group.

The band showed a diversity of musical styles. Singles "Speak Like a Child" (with its loud soul-influenced style), the extended funk of "Money-Go-Round", and the haunting synth-ballad "Long Hot Summer" all featured Talbot on keyboards and organ. Near the end of 1983, these songs were compiled on Introducing The Style Council, a mini-album initially released in Japan, the Netherlands, and the United States only. The Dutch version was heavily imported to the United Kingdom.

In 1984, the single "My Ever-Changing Moods", backed with the Hammond organ instrumental "Mick's Company", reached #29 on the Billboard Hot 100 in the United States. The song remains Weller's greatest success on the American charts (including his efforts in The Jam and as a solo artist), while the group reached the peak of its success in the United Kingdom with the 1985 album Our Favourite Shop.

To Weller's fans, the decision to split up The Jam at the height of their commercial success was met with considerable controversy. Weller deliberately distanced himself from The Jam's sound and style, with his use of new musical arrangements and instruments in a much slicker, more heavily produced style. In the place of the Bruce Foxton-Rick Buckler rhythm section were drum and bass parts done entirely on synthesisers.

Structurally, many of the band's early singles were not far removed from The Jam's latter-day soul-pop efforts such as "Town Called Malice" and "Beat Surrender", but they were often criticised as overproduced, despite Weller's impressive songwriting. Also, many observers saw even the early albums as indulgent and overly experimental; Trouser Press called Café Bleu "too schizophrenic to be a good album".

The Style Council took a more overtly political approach than The Jam in their lyrics, with tracks such as "Walls Come Tumbling Down", "The Lodgers", and "Come To Milton Keynes" being deliberate attacks on 'middle England' and Thatcherite principles prevalent in the Eighties. Weller was also instrumental in the formation of Red Wedge with Billy Bragg. However, he later said that this began to detract from the music: "We were involved with a lot of political things going on at that time. I think after a while that overshadowed the music a bit"

In 1986, the band released a live album, Home and Abroad, and, in 1987, the album The Cost of Loving was launched, followed later in the year by the upbeat non-album single "Wanted", which reached #20 in the United Kingdom. However, Confessions of a Pop Group, released a year later, sold poorly. This led to their record label Polydor rejecting their final album (Modernism: A New Decade), which was heavily influenced by the contemporary house scene. A greatest hits album, appropriately called The Singular Adventures of The Style Council, was released internationally in 1989; it included the non-album single "Promised Land", which had reached #27 in the United Kingdom earlier that year.

In 1989 members of The Style Council went under the name of King Truman to release a single on Acid Jazz titled "Like A Gun". This was unbeknown to Polydor and the single was pulled from the shops only 3 days prior to release. Acid Jazz founder Eddie Piller said "The pair offered to make a single for my new label, which I'd just started with Radio 1 DJ Gilles Peterson as a side project. Mick and Paul took pseudonyms Truman King and Elliott Arnold."

The Style Council broke up in 1989. The cover of "Promised Land" (originally by Joe Smooth) was the only release which surfaced from the Modernism sessions at the time; however, the entire album was released in 1998, both independently and in a 5-CD box set, The Complete Adventures Of The Style Council. After the split, Weller embarked on a successful solo career (still featuring Steve White on drums, who had left The Style Council by the time Confessions of a Pop Group was released, having only played on a few of its tracks). Talbot and White released two albums as Talbot/White — United States of Mind (1995) and Off The Beaten Track (1996). More recently, Mick Talbot and Steve White have formed The Players with Damon Minchella and Aziz Ibrahim.

All of The Style Council's UK releases (including singles, 12" maxis, albums, compact discs and re-issues thereof) featured the work of graphic designer Simon Halfon, who often collaborated with Weller to hone his ideas into a graphic form. Weller and Halfon began working together at the end of The Jam's career, and continue to work together to this day on Weller's solo material.

Since 2007, the song "Walls Come Tumbling Down" has been used as the theme song for the German TV series Dr. Psycho – Die Bösen, die Bullen, meine Frau und ich.