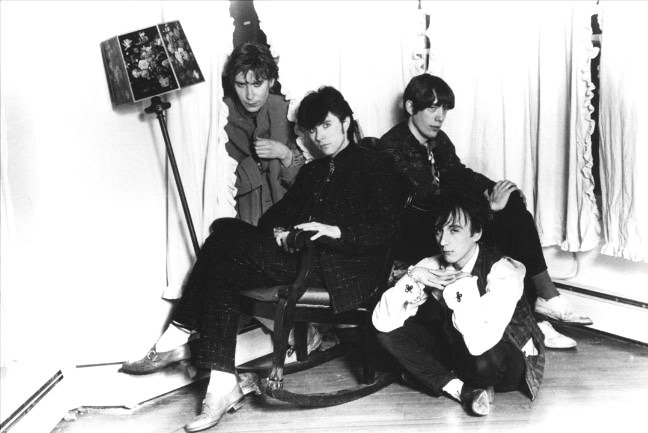 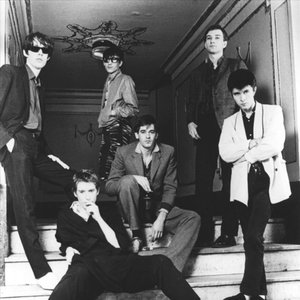 The Psychedelic Furs is an English rock band that was founded in London in the late 70s. They came together in England's burgeoning punk scene of 1977 and initially consisted of Richard Butler (vocals), Tim Butler (bass guitar), Duncan Kilburn (saxophone), Paul Wilson (drums), and Roger Morris (guitars). By 1979, this line-up had expanded to a sextet due to the addition of John Ashton on guitar and Vince Ely replacing Wilson on drums.

The Furs initially used Martin Hannett as a producer, but their initial self-titled album from 1980 was eventually produced by Steve Lillywhite. The LP quickly established the band on radio and was a top 20 hit in the UK. The album also found success in Germany, Italy, France, Spain and Australia. The US version of the album was re-sequenced, but failed to have as strong a commercial impact.

The Furs found success in the U.S. market with the 1981 release, titled 'Talk Talk Talk', which made its impact on the US album charts and received critical acclaim worldwide. In the UK, the album was a solid hit which spun off two charting singles, "Dumb Waiters" and the original version of "Pretty in Pink". The latter song served as inspiration for the 1986 John Hughes film of the same name, and was re-recorded for the platinum-selling soundtrack.

In 1982, the band was reduced to a four-piece with the departures of Morris and Kilburn. (Ex-Birthday Party drummer Phill Calvert would briefly join the group around this time.) The band's remaining members moved permanently to New York, where they recorded the album Forever Now with producer Todd Rundgren. This album contained "Love My Way", a breakthrough Top 40 hit in both the US and the UK. Ely left the band after this release, though he would return for the 1988 single "All That Money Wants" and the 1989 album Book of Days.

The Furs' 1984 release Mirror Moves was produced by Keith Forsey, and featured the songs "The Ghost in You" and "Heaven". Both charted in the UK, and "Heaven" became the band's highest charting UK hit at the time – but inexplicably, "Heaven" was never released as a single in America. Instead, Columbia Records opted for "Here Come Cowboys", despite both international success and heavy MTV airplay on "Heaven." "Here Come Cowboys" failed to chart, but "The Ghost In You" was a hit on the US pop charts. The band had become popular in Canada as well, CFNY, Toronto's new wave radio station, listed Mirror Moves as the #1 LP of 1984.

By this time, the band had become somewhat of a staple on US college and modern rock radio stations. As well, they were building mainstream success, fairly consistently placing singles in the pop charts on both sides of the Atlantic, though they would "have more impact on future musicians than they ever did in the marketplace." In 1986, the band re-recorded a version of "Pretty in Pink", which was their biggest hit to that time in the US, and their biggest-ever UK hit.

Richard Butler later claimed that the success of "Pretty in Pink" caused the band to be pressured into entering the studio to record a follow-up release before they were ready. The result was Midnight to Midnight, an album which Butler characterized as "hollow, vapid and weak". A more overtly commercial effort than the Furs had ever recorded before, the album also featured the single "Heartbreak Beat", which was their highest charting top 40 US hit.

However, the Furs were dissatisfied with their new commercial direction, and subsequently returned to a rawer sound with "All That Money Wants", a 1988 track especially recorded for a 'best-of' collection. 1989's Book of Days saw a return to the old-school style and the temporary return of Vince Ely. 1991's World Outside was similarly more of a "back to basics" approach.

The band splintered in 1991, with the Butler brothers going on to found Love Spit Love. After spending most of the decade apart, Butler, Butler and Ashton re-formed The Psychedelic Furs in 2000, and released a live album Beautiful Chaos: Greatest Hits Live, which also featured a new studio recording, "Alive (For Once In My Lifetime)." A DVD version of the performance included live versions of "Alive" and three other previously unreleased songs: "Anodyne (Better Days)," "Cigarette" and "Wrong Train."

Since then the Furs continue to tour the world along with former Love Spit Love drummer Frank Ferrer, ex-Information Society and World Party keyboardist Amanda Kramer and saxophonist Mars Williams who returned to the band after a stint in the late 1980s.

Showing the band's significant influence as a part of the new wave and post-punk movements, their songs have been covered by numerous other artists. Examples include Annie Lennox, Buffalo Tom, Icehouse, Powderfinger, Regenerator, and Robyn Hitchcock.