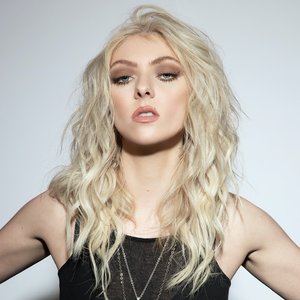 In 2010, they released their debut studio album Light Me Up. The album spawned the hit single Make Me Wanna Die, which peaked at number one on UK Rock Singles chart.

In 2012, the band released their second extended play Hit Me Like A Man, which includes 3 new songs and 2 live version tracks from Light Me Up.

In 2014, Going to Hell, the band's second studio album was released. The album debuted and peaked at number five on Billboard 200 chart. With the singles Heaven Knows, and Fucked Up World, the band made history as the first female-fronted band to achieve two number one hits on the US Mainstream Rock chart. Follow Me Down was later released as the final single and also reached number one on the same chart

In 2016, their third studio album, Who You Selling For, was released. The album spawned the single Take Me Down, which earned the band their fourth number one on the US rock chart.

In 2021 a fourth studio album, Death by Rock and Roll, was released. It was released on February 12, 2021. It is the band's first album released with their new label, Fearless Records. It is also the band's first album since the death of their long-time producer, Kato Khandwala. The album was produced by Jonathan Wyman, vocalist Taylor Momsen, and guitarist Ben Phillips, along additional production done by Nate Yacchichino. The album was preceded by two singles: Death by Rock and Roll and And So It Went (feat. Tom Morello). There were also two promotional singles released prior to the album: Broomsticks and 25.