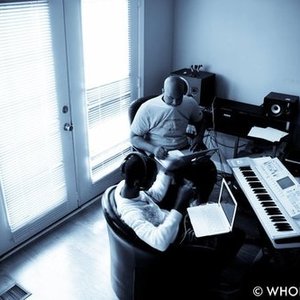 The Jet Age of Tomorrow

The Jet Age of Tomorrow, also known as The Super 3, is an electro-funk production duo from Atlanta, Georgia. The duo is one of many groups within the hip-hop collective OFWGKTA and is comprised of Odd Future members Matt Martian and Hal Williams (otherwise known as Pyramid Vritra). They have released three albums, Voyager, The Journey to the 5th Echelon and The JellyFish Mentality, all of which have received generally positive reviews from critics and blogs alike.

Williams, in addition to being a member of OFWGKTA, is a member of the Los Angeles, California/Atlanta, Georgia hip-hop collective NRK.