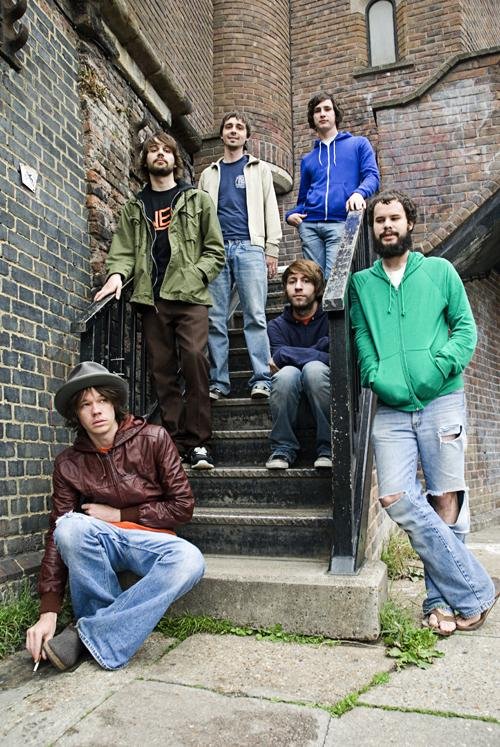 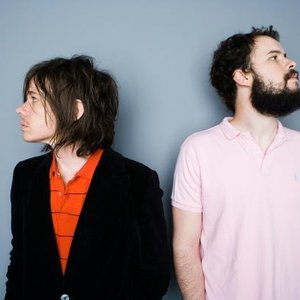 The Format was an indie pop band formed in Peoria, Arizona, United States in 2001 by Sam Means and Nate Ruess.

Throughout the band's existence, the duo toured and recorded with a revolving door of musicians, and as of 2007, the band consisted of guitarists Mike Schey and Mark Buzard, bassist Don Raymond, drummer Adam Boyd, and its principal members, singer Nate Ruess and multi-instrumentalist Sam Means. The band chose their name to make fun of the music industry's inclination towards a cookie-cutter "format" for a hit. Despite this critique of the music industry, the band's aptly-titled first single–"The First Single" (from their five-song debut EP on Western Tread)–became popular in the Southwest music scene. This success led to The Format's signing with Elektra Records in 2002. Their first major label release and full-length album Interventions and Lullabies was released in October 2003. However, Elektra began to fold into a merger just as the album was rolling out its promotion, leaving the band as merely an afterthought as label restructuring began. The band toured North America for about two years while making plans for a new album and waiting out industry red tape.

The Format released a second EP on Atlantic (which had absorbed much of Elektra's roster after the label folded) titled Snails in April 2005. Although the EP was not a conventional mass release, it could be purchased at any of the band's performances, from their online merch store, and on iTunes. Not long after the release of the Snails EP, The Format was dropped from Atlantic. Due to their frustrating experiences with major labels, the band chose to record and release their second full-length album Dog Problems independently on The Vanity Label. The July 11, 2006 release of Dog Problems came two months after the band released the album for download on their website, in a move to combat an early leak.

On February 4, 2008, The Format announced that they will putting the band on hiatus because of creative differences. Nate Ruess already has plans to release a solo album which is scheduled to come out later this year.

Nate Ruess, the band's singer and lyricist, left the following message on the band's website:
"We have just put out word that we will not be making a new Format album. Please understand this was a tough decision and we're both upset about it. While we accept there will be false speculation as to why, understand that Sam and I remain extremely close and in fact are still passing the twin peaks box set back and forth in an attempt to figure out who REALLY killed Laura Palmer. We also want to thank everyone with and within the Format, particularly Mike, Don, and Marko, whom without, none of this would have ever even been fully realized. We both suggest you support their musical talents and whatever they decide to do. And lastly we want to thank the fans who made this the best 5 years of our lives."

Ruess announced August 11, 2008 that he is starting a new project called fun. with Andrew Dost formerly of Anathallo and Jack Antonof of Steel Train.

The Vanity Label, an imprint of major label Nettwerk, is managed by the band.

Since the end of The Format, Sam has continued designing merchandise. He converted theformatmerch.com into hellomerch.com where he features his newest work.

On February 4, 2020, the band announced a return from their hiatus for a tour of special shows.