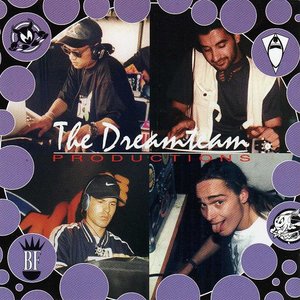 The Dreamteam is a group of four famous Dutch hardcore-dj's who recorded & performed together, but were already famous before as solo-artists: DJ Dano, DJ Gizmo, DJ Buzz Fuzz & The Prophet. Shortly after ID&T was founded back in 1992 the company decided to give the successful Dreamteam members their own label after their immense popular live appearances. This lead to the first music label from ID&T Music, started in the beginning of 1993 which was meant for productions of "The Dreamteam". 23 records were released, before ID&T stopped releasing on the label in 1997 when the hardcore hype was over. Defunct since then.