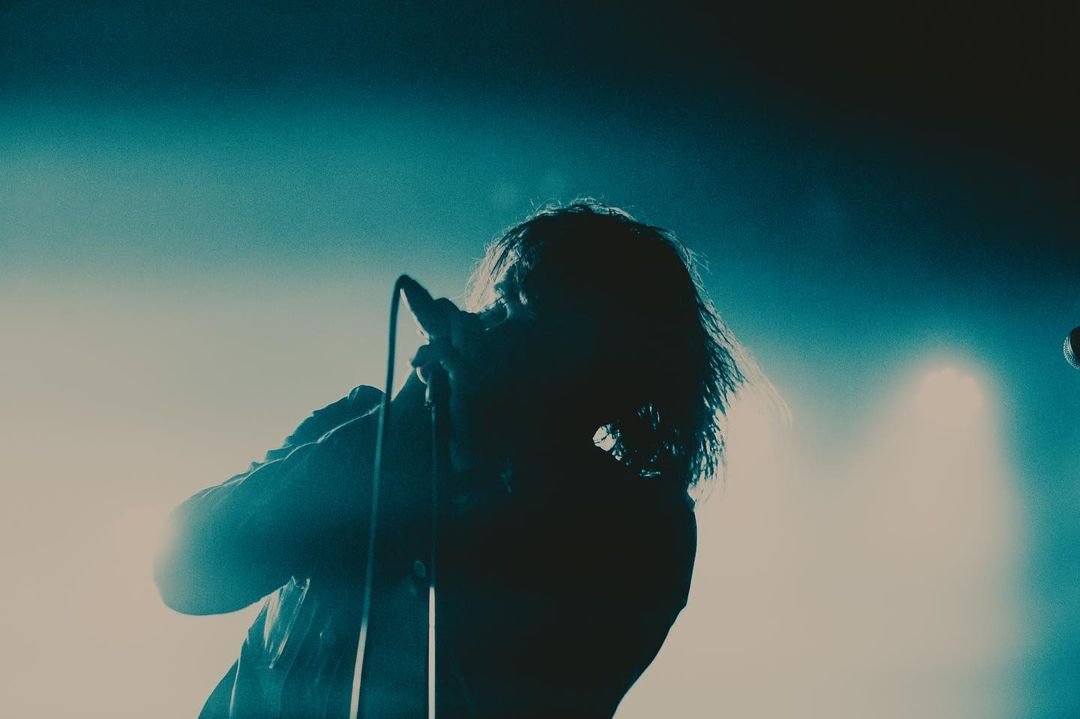 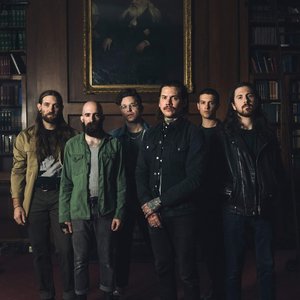 The Devil Wears Prada is an American melodic metalcore band from Dayton, Ohio. Formed in 2005, they are currently signed to Warner Music Group. The Devil Wears Prada is a Christian band consisting of members Mike Hranica (vocals), Chris Rubey (lead guitar), Jeremy DePoyster (rhythm guitar, vocals), Andy Trick (bass), and Daniel Williams (drums), all of whom are Christians. To date, the group has released four full-length albums, one DVD, one EP, and seven music videos.

The Devil Wears Prada was founded during 2005 in Dayton Ohio; they derived their band name from the story with the same title. Being founded with all Christian members and maintaining a theme that follows toward their religion, the group played their first show in 2005 with a fill-in bassist and only one guitarist. Rhythm guitarist Jeremy Depoyster and bassist Andy Trick joined the band soon afterward. They continued playing at local areas in Dayton before recording their demo later in the year which was titled Patterns of a Horizon.

One year after the group recorded their demo and trialed for record labels, Rise Records took the band in with a contract. The band was unsatified with the demo so they re-recorded all the of the tracks from the demo for their debut full-length album, Dear Love: A Beautiful Discord. The album was recorded at The Foundation Recording Studio held in Connersville, Indiana and it was released on August 22, 2006. The record's final track features guest vocals, courtesy of Cole Wallace who was formerly part of the band Gwen Stacy. With the release of the album, the band then began touring in multiple areas throughout the country, most notably at 2006's Cornerstone Festival after being recognized as a newer key musical group to Christian metal.

With Dear Love released at the end of the summer of 2006, The Devil Wears Prada already had songs for their second album prepared by winter of the same year. With a recording duration lasting from that time and leading into spring of 2007, the band's second album, Plagues met its completion by the summer and was released on August 21, 2007. The demo version of their song “HTML Rulez D00d” was placed on the band's Myspace profile on January 1, 2007 for promotion of the record and on July 11, AbsolutePunk began to stream their song "Don't Dink and Drance”, which led to further exposure for the band.

The songs from the album "HTML Rulez D00d" and "Hey John, What's Your Name Again?” were released as the album's two singles, both of which spawned music videos that aired on television channels such as MTV and Fuse. Plagues peaked at #57 on the Billboard 200 on September 8, 2007 and has been considered a great success since its original release, selling more than 30,000 copies more than their debut album, Dear Love: A Beautiful Discord. It was re-released on October 28, 2008 in a digipakform that includes a DVD in which features the music videos for album's two singles as well as footage of The Devil Wears Prada playing at 2008's Warped Tour and Ultimatour. Later in the year, the band was interviewed by East Coast Romper, and stated that their primary influences are Underoath and Still Remains, which was mistaken on their official website due to it incorrectly stating that they were not influenced by these bands. The band recorded a cover of the rap song "Still Fly", originally written and performed by Big Tymers, the cover song was released on the compilation album Punk Goes Crunk.

The Devil Wears Prada began writing and recording their third album With Roots Above and Branches Below after attending 2008's Warped Tour. Prior to recording and production of it, vocalist Mike Hranica stated "Expect a much heavier and more epic record". Keyboardist, James Baney, also announced that their new album would be more mechanical but still containing their same distinct style whereas drummer, Daniel Williams, claimed that the new album would be "crazier and wilder" than their previous albums. In Autumn 2008, they debuted a song off of the upcoming record while on tour with Underoath, The Famine, Saosin, P.O.S, and Person L.

The band launched their official website and released With Roots Above and Branches Below both on May 5, 2009. The sales of the album have been very satisfactory which brought it to position #11 on the Billboard 200 for top albums upon its release. The song "Dez Moines" was released as downloadable content for the video game Guitar Hero World Tour on May 7, as well as the song "Hey John, What's Your Name Again?" was released as downloadable content for Rock Band and Rock Band 2 on June 30, 2009.

As well as performing at the main stage of Warped Tour 2009, The Devil Wears Prada as well played at the iMatter Festival in Elmira, New York. On June 13, they performed the song “Danger: Wildman for the first time in concert. Vocalist Mike Hranica, managed a clothing company called Shipshape Roolz Clothing in which he sponsored and endorsed bands. A fraction of Shipshape's scale money was donated to charities such as Skate 4 Cancer. As of September 29, 2009 the clothing line was shut down and its online store changed its named to Traditiona, due to "legal issues." From November 23 to December 21, 2009 the band toured with All That Remains and from February 4 to March 21, 2010 they were included on a tour headlined by Killswitch Engage and opened by Dark Tranquillity.

At the beginning of 2010, it was announced that The Devil Wears Prada were voted as 2009's Band of the Year by readers of Alternative Press and appeared on the cover.On February 12, 2010 the group confirmed the production for the "Assistant to the Regional Manager" music video, this led to its release on April 6, 2010 where it was premiered on Headbangers Ball.

In an interview at the beginning of April with Lucy Alberts of Alternative Press, the band revealed that they were recording an EP before they begin their Back to the Roots Tour. The EP was described as a "fun" release with "brutal" songs in the vein of what will eventually become the band's forthcoming studio album. The band's Back to the Roots Tour was presented by Rockstar. Mike Hranica stated "One of the primary elements of the Back to the Roots Tour is playing a few Dear Love songs that we have not played in a long time, and probably will not play again or anytime soon." On June 11 it was announced that they have completed the recording of the EP, the title for it was revealed as being Zombie EP and was released on August 24. After the completion and announcement of the EP, the band began their Back to the Roots Tour on the 25th of June as they planned.

By January 2011, Hranica revealed in an interview with Tim Karan what the band's ideas and plans for their fourth full-length studio album would be. His comments were placed within comparison to their latest release (the Zombie EP) and described that the record is "a more heavy-focused sound from us. We think it would be smart to push that beefy, heavy songwriting into the new full-length…but with a strong blend of what we usually do with melody." The album was confirmed to not be a concept album - like their previous work on the Zombie EP - but would have an overall theme, focused on anti-idolatry, which, according to Hranica, "has been weighing on me lately." On June 13, Alternative Press began streaming a track debuting off the upcoming album titled “Born to Lose, and during the same month, the band signed with Roadrunner Records. Vocalist, Hrancia offered his opinion of the new material, stating that it will contain "the heavy aspects of the Zombie EP, meshed with the melody of the full-lengths. ‘Born to Lose’ captures some of those elements and serves as a comprehensive preview to the album." He ended his comments with; "By all means I'd call it our most emotional, well-written album to date."

The album's name was revealed to be Dead Throne, and was released on September 13, 2011 through Ferret Music. It has since become a critical and commercial success, where it peaked at number 10 on the Billboard 200, selling more than 32,000 copies within its first week. Dead Throne also topped the Christian and Independent album charts, as well as peaking at number 3 on the Rock and Hard Rock album charts.