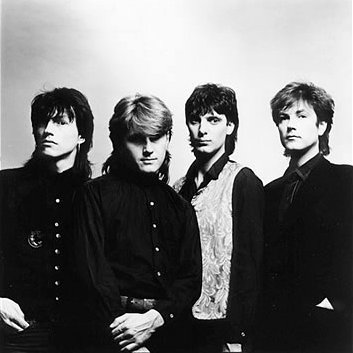 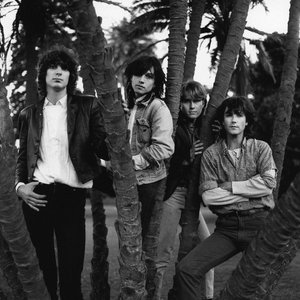 The Church is an alternative rock band which formed in Sydney, Australia in 1980. Initially linked in with neo-psychedelia acts of the period, their music later became largely defined by the interplay of guitarists Marty Willson-Piper and Peter Koppes coupled with the abstract lyrics of bassist/singer Steve Kilbey. Their debut album, Of Skins and Heart (1981), earned them their first radio hit "The Unguarded Moment". They were originally signed to EMI's Parlophone label, but record company dissatisfaction led to them being dropped overseas, which limited their exposure early on.

After signing to Arista in 1988, they saw their largest international success with the album Starfish and the American Top 40 hit "Under The Milky Way" which resurfaced on the soundtrack of the cult movie "Donnie Darko". Whilst the band remain feted by their peers, subsequent commercial success proved elusive: 1990s follow-up album "Gold Afternoon Fix" failed to capitalise on their success, and the band weathered several line-up changes after its release, first losing long-term drummer Richard Ploog, then Peter Koppes following 1992s "Priest = Aura". That album baffled and confused many fans upon its release as to what band The Church was considered to be, but is now considered a seminal album and one of the most revered by Church connoisseurs. The vacant drum-stool on Priest=Aura being occupied by Jay Dee Daugherty of Arista labelmate Patti Smiths group, and it was produced by Gavin MacKillop of Moose.

Reduced to a two-piece, Kilbey & Willson-Piper re-grouped with the assistance of drummer/producer Tim Powles to record 1994's "Sometime Anywhere", concluding their obligations to the Arista and Mushroom labels. The commercial decline, combined with the Church being ignored again by a music press more focused on the Nineties' music trends, could have brought about the demise of the band, had it not coincided with the breakthrough of the internet, thus enabling direct communication from the band to its passionate cult fanbase.

This brought about a new beginning for The Church, with Peter Koppes rejoining the band for recording 1996s "Magician Among The Spirits". The band (with Koppes back into the fold, and Powles now as the permanent drummer ), hit a re-newed creative surge and with regained selfconfidence, released "Hologram Of Baal" 2 years later, and toured Australia, the USA and Europe.

The first decade of the 21st century found the band releasing severeal highly critically acclaimed albums, like 2002's aptly named "After Everything Now this" and 2003's "Forget Yourself", the latter breaking new ground with bandmembers swapping instruments in the recording process. Live performances stray from high profile events like the 03 concerts at Sydney Opera House and the opening ceremony of the Commonwealth Games in Melbourne, to low-profile gigs for smaller audiences, often confusing old 80s fans, surprised to find the band still playing, wrongly assuming the band just being one in the never-ending string of reunion acts.

2009's album "Untitled#23" marked yet another highlight.. its essence represented in just 10 songs, and with a strong less-is-more approach, the albums core identity being on par with Starfish, it also finds Steve Kilbey breaking new ground as a vocalist.

2010 saw their 30th anniversary, with extensive touring in the US and Australia. Their unique position and importance in the australian music scene was recognized with an ARIA award.