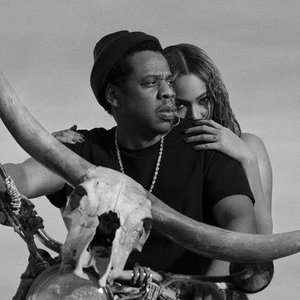 The Carters is a R&B/Hip-Hop duo formed by married couple Beyoncé & JAY-Z.

Their first collaborative album, titled Everything Is Love, was released exclusively on the streaming service Tidal on 16 June 2018 with no prior announcement taking place. The album was supported by lead single "Apeshit" and non-album promotional single "Salud!"