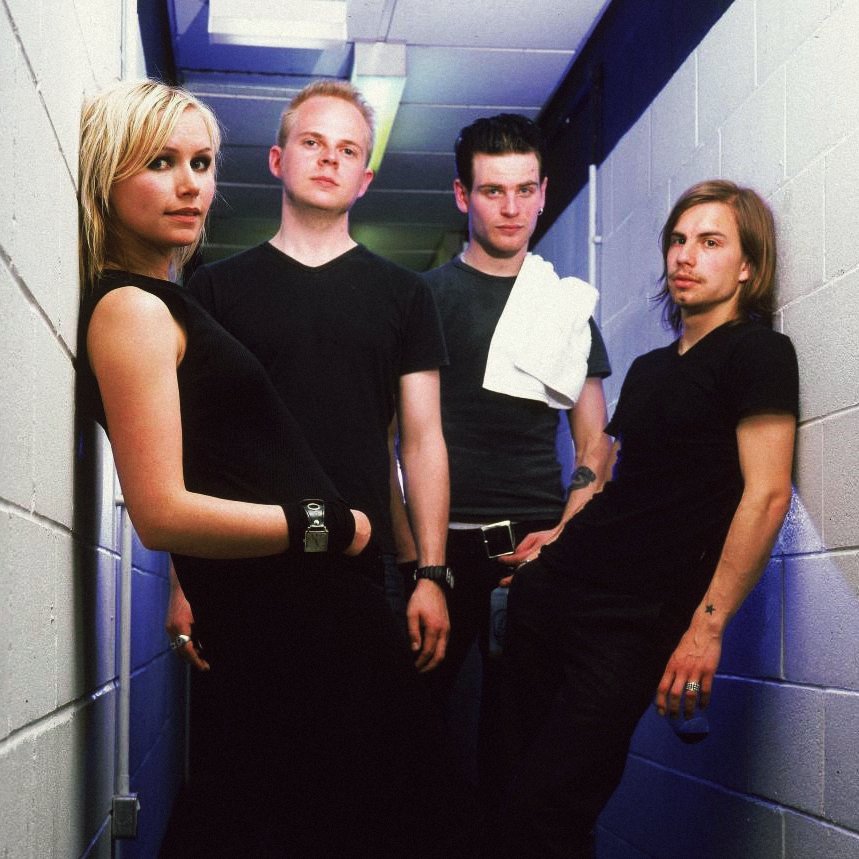 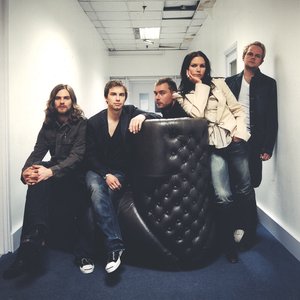 The Cardigans are a Swedish band that formed in Jönköping, Småland, Sweden in 1992. The band's musical style has varied greatly from album to album; encompassing their early indie-leanings passing through '60s-inspired pop and more band-based rock. Their current lineup is Nina Persson on vocals, Peter Svensson on lead guitar, Magnus Sveningsson on bass guitar, Bengt Lagerberg on drums and Lars-Olof Johansson on keyboards and guitar.

The five-piece met as teenagers in Jönköping, Sweden, a town whose only distinguishing feature is its 52 churches. In October 1992, bonded by their mutual love of hard rock and folk music (they listed Nick Drake and Iron Maiden as their two biggest influences by 1994), guitarist Peter Svensson and bassist Magnus Sveningsson conceived The Cardigans. As their hometown was hardly a Mecca of musical enterprise, the group packed up and moved to the somewhat more central fishing port of Malmö, Sweden's third largest city, to seek their fortune. With Peter writing most of the music and the band as a whole composing the lyrics, the quintet set out to find a deal.

After an early recording of "Rise & Shine" appeared on a local independent label in 1994, The Cardigans were swiftly signed to Stockholm Records. The same year the band made their debut for the label with Emmerdale and later won the accolade of "Best Album of 1994" from Slitz, at the time Sweden's leading music magazine. The rise of The Cardigans has since been gradual, allowing them the time to develop naturally as their sales and positive exposure grew with each release. Their second long-player, Life, which followed in 1995, featured the hit singles "Carnival" and the re-recorded "Rise & Shine", and witnessed the band's first international chart success. Prior to the First Band on the Moon album in September 1996, The Cardigans released "Lovefool". Although the first response to the single was very positive and landed them in the Top 40, it achieved nowhere near the impact that awaited it the following Spring.

It was in 1997 that The Cardigans were first catapulted towards international superstardom. "Lovefool"'s inclusion on the blockbuster Romeo and Juliet film soundtrack that Spring pushed them past the boiling point. The single not only reached No. 1 on both the United Kingdom and United States airplay charts but also debuted at No. 2 on the United Kingdom national chart, where it remained top five for five weeks. All in all, the album reached more than 2.5 million sales worldwide, achieving Platinum status in the United States and Japan, but only achieving Gold in the United Kingdom. The promotional activities supporting the worldwide success of "Lovefool" and First Band On The Moon were never ending. The band not only performed a year long world tour complete with endless radio sessions and press and television interviews, but even ended up making guest appearances on Beverly Hills 90210 and the David Letterman Show.

It was because of the sheer exhaustion resulting from such a schedule, that The Cardigans since took some well deserved time off at home in Malmö to recuperate their artistic juices and write new material. During their time off, however, the band was by no means dormant. In the beginning of 1999 they contributed a new track, "War", to the A Life Less Ordinary soundtrack, a live recording of "Been It" to the Lilith Fair compilation and "Deuce", featured on The X-Files: The Album, an X-Files soundtrack album. Their break also included experimentation with various solo projects.

In June 1998, the group, who are very loyal to their roots, once again joined long-time producer Tore Johansson at his studio, Country Hell, located beside the picturesque Svaneholm Castle in Malmö and recorded the album, Gran Turismo.

The first single "My Favourite Game", was a major hit in many territories. The video for "My Favourite Game" was directed by Jonas Åkerlund. The song was also included in the soundtrack of the hit Playstation racing game, Gran Turismo 2, were it was the intro theme. The second single "Erase/Rewind" was released in January 1999, and this single also turned out to be a major hit around the world.

The album Long Gone Before Daylight was released in February 2003 and from the album the singles "For What It's Worth" and "You're The Storm" were taken. The album received great reviews and the band spent most of 2003 touring Europe and North America.